Plants can help spruce up a home or office space, but claims about their ability to improve the air quality are vastly overstated. 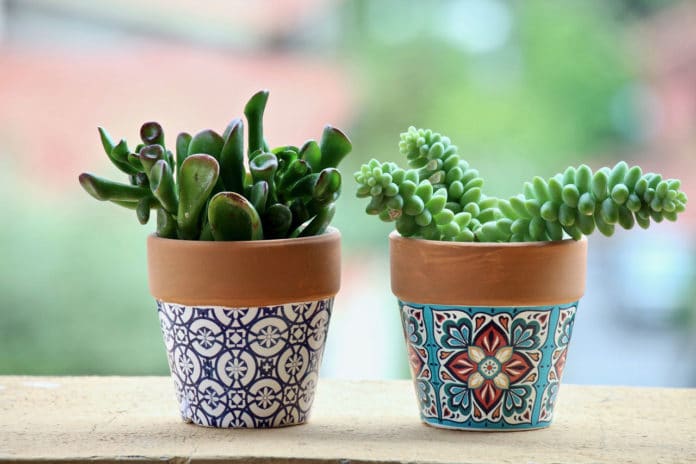 Potted plants are ideal for smaller spaces or for more delicate flowers that are particularly susceptible to environmental factors and pests.

A new study on the potted plants suggests that potted plants don’t clean indoor air quickly enough to affect the air quality of your home or office environment.

Scientists reviewed a dozen studies, spanning 30 years of research, to draw their conclusions. The central finding is that the natural or ventilation air exchange rates in indoor environments, like homes and offices, dilute concentrations of volatile organic compounds — the air pollution that plants are allegedly cleaning — a lot quicker than plants can remove them from the air.

The only limitation of the study that the study is conducted in a sealed chamber in a lab. The data from these studies were not interpreted further to reflect what the findings would be if the plant were in a real indoor environment with natural or ventilation air exchange.

Scientists noted, “Typical for these studies, a potted plant was placed in a sealed chamber (often with a volume of a cubic meter or smaller), into which a single VOC was injected, and its decay was tracked over many hours or days.”

For the study, scientists gathered the data from volumes of potted plant research one step farther, by using it to calculate a measure called the ‘clean air delivery rate,’ or ‘CADR.’

They calculated CADR for almost all of the investigations. They found that the rate at which plants dispersed VOCs in a chamber was the order of magnitude slower than the standard rate of air exchange in a building — along with proving the plants’ overall impact on indoor air quality to be irrelevant.

Michael Waring, PhD, an associate professor of architectural and environmental engineering in Drexel’s College of Engineering said, “The CADR is the standard metric used for scientific study of the impacts of air purifiers on indoor environments, but many of the researchers conducting these studies were not looking at them from an environmental engineering perspective and did not understand how building air exchange rates interplay with the plants to affect indoor air quality.”

The study suggests that it would take between 100 and 1,000 plants per square meter of floor space to compete with the air cleaning capacity of a building’s air handling system or even just a couple of open windows in a house.