A new way to make chlorine more efficient and affordable

This is expected to be of great help to chlorine-related industries. 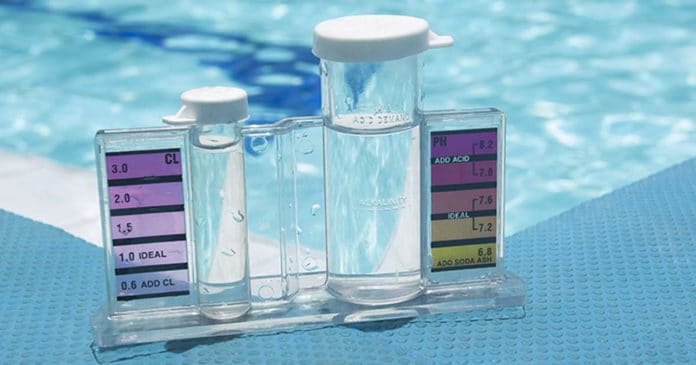 Chlorine (Cl2) is one of the most important industrial chemicals with an annual production of approximately 75 million tons worldwide. The current Cl2 production is prevalently dependent on the Chlor-alkali process, for which the electrochemical chlorine evolution reaction (CER) plays a pivotal role as the anodic reaction.

Existing electrochemical catalysts for chlorine generation contain a lot of precious metals; for example, ruthenium (Ru) and iridium (Ir), consequently, are costly and not exceptionally effective regarding generation. What’s more, in the state of low chlorine concentration and a pH-neutral environment, chlorine as well as oxygen are created, and this decreases the general chlorine production effectiveness.

To make the manufacture of chlorine more efficient and affordable, UNIST scientists have come up with a new way that could be a great help to chlorine-related industries. Scientists have developed a non-metal oxide based on the conclusion that the cause of such drawbacks is rooted in the intrinsic properties of “metal oxide-based catalysts.”

The recently created catalyst (Pt₁/CNT) is a monatomic dispersion catalyst, wherein platinum (Pt) atoms that are encompassed by four nitrogen (N) atoms are scattered on carbon nanotubes (CNT). Since the catalyst is totally uncovered on the surface of the metal atoms (Pt), even with the small quantity, it can give a high proficiency and show a superior exhibition than the current commercial DSA catalysts under different electrolyte conditions.

Moreover, it contained high chlorine ions, for example, seawater, or the other way around. It will be demonstrated to be applied to electrochemical water treatment equipment in different situations later on.

Taejung Lim in the Department of Chemical Engineering at UNIST, the first author of the study, said, “It has been confirmed that only chlorine ions were selectively adsorbed on the active sites of Pt1/CNT, while other additional reactions were suppressed. This will serve as a new catalyst, which overcomes the fundamental disadvantage of the existing metal oxide catalysts.”

Examining the structure of active sites and the principle of electrochemical reactions using their theoretical calculations, scientists discovered improved structural integrity between the active sites and carbon nanotubes result in smoother electron transmission and a marked improvement in the catalytic performance.

Professor Kwak said, “Through molecular modeling and density functional calculations, we have identified the central structure of active sites in Pt1/CNT. This calculation principle is expected to contribute to the interpretation of the reactivity and reaction principles of various monoatomic catalysts in the future.”

“The monoatomic catalyst developed this time is a new catalyst design concept that changes the paradigm of the noble metal oxide catalyst commercialized 50 years ago. In particular, the new catalyst is not affected by the composition of the electrolyte. Thus it is expected to be used in a variety of applications, such as medium and small-scale water treatment, as well as ballast water treatment.”

The results of their research have been published in the online version of Nature Communications on January 21, 2020.