New bioactive chemicals could be used as anti-cancer drugs

Discoveries made by a University of Canterbury (UC) organic chemist could be a springboard to new treatments for cancers and antibiotic-resistant infections. 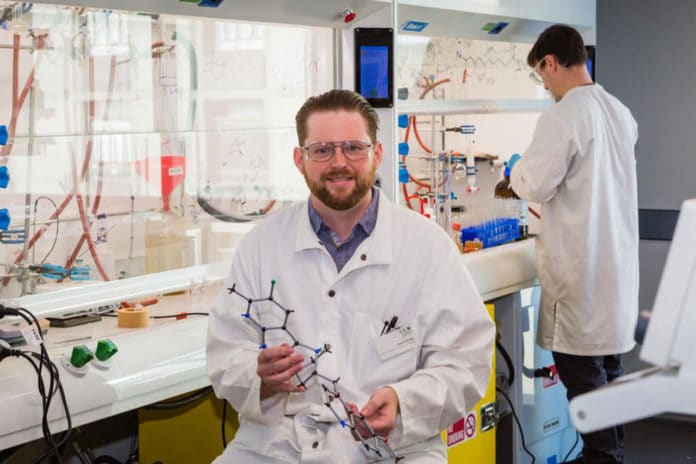 Products found in nature – such as plants, bacteria, and marine organisms – have more three-dimensional shapes than synthetic molecules and higher oxygen and nitrogen content.

Chemicals with these features have the potential to reach the market as new drugs in a shorter time-frame.

Scientists at the University of Canterbury (UC) have come up with a way to synthesize compounds with similar features to naturally occurring compounds.

They have discovered new “bioactive” chemicals that could be a springboard to new treatments for cancers and antibiotic-resistant infections.

Scientists replicated molecular structures in a synthetic compound. By screening them, they found some that have novel bioactivity related to the treatment of diseases such as cancer.

For example, compounds derived from the natural product quinine, a well-known antimalarial, were found to inhibit a biological process called ‘autophagy’ which is the body’s way of recycling cellular components. However, quinine itself does not exhibit this activity.

Dr. Foley said, “This general strategy of making natural-like compounds could conceivably lead to the development of new antibiotic compounds. To come up with anything that’s going to treat a major disease group would be an amazing achievement.”

“Ultimately, we plan to expand the compound collection and make it available to New Zealand researchers, where we anticipate that it will be of significant value towards breaking microbial resistance and in other areas of medicine.”

“It’s important to note that the molecules are carefully designed to mimic the chemical structures of naturally occurring molecules broadly, but they should not be thought of as ‘natural remedies.’”

“We have been able to determine exactly how our new compounds work at the level of proteins and cells.”