Live coverage will begin on NASA Television and the agency’s website Sunday with prelaunch events. 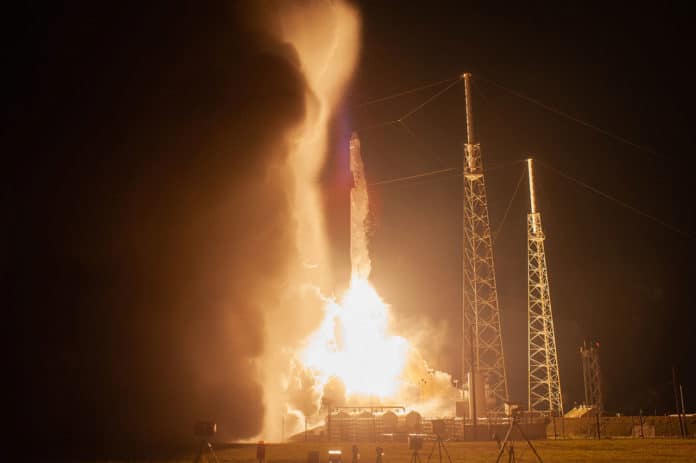 Under NASA’s commercial resupply services contract, SpaceX is set for the launch of the Dragon spacecraft on 7:35 p.m. EDT Sunday, July 21.

NASA invited media for the launch of the Dragon spacecraft. The launch window will open at 9 a.m EDT Sunday, July 21 from NASA’s Kennedy Space Center in Florida with representatives from the agency’s International Space Station Program, SpaceX and the U.S. Air Force’s 45th Space Wing. Furthermore, the live coverage of the launch will begin on NASA Television and the agency’s website Sunday with prelaunch events.

The Dragon spacecraft will dock to the space station on Tuesday, July 23. When it arrives, NASA astronaut Nick Hague will grapple Dragon with Christina Koch acting as a backup. NASA’s Andrew Morgan will help the duo by observing telemetry during Dragon’s approach.

The station team will monitor Dragon spacecraft capacities during the meeting. After Dragon capture mission control in Houston will send ground commands for the station’s arm to pivot and install it on the bottom of the station’s Harmony module.

The spacecraft will deliver supplies and critical materials to directly support dozens of the more than 250 science and research investigations that will occur during Expeditions 60 and beyond.

In addition to bringing research to station, the Dragon’s unpressurized trunk is carrying the International Docking Adapter-3 (IDA-3), which, when installed on the space station, will provide the microgravity laboratory with two common ports enabling expanded opportunities for visiting vehicles, including new spacecraft designed to carry humans for NASA’s Commercial Crew Program.

Full mission coverage is as follows (all times Eastern):

12 p.m. – NASA Social What’s on Board science briefing from Kennedy. This briefing will highlight the following research:

8:30 a.m. – Dragon installation to the nadir port of the Harmony module of the station

Dragon will remain at the space station until Aug. 20, when the spacecraft will return to Earth with research and return cargo.

The deadline for media to apply for accreditation for this launch has passed, but more information about media accreditation is available by emailing [email protected]