Why is ice so slippery?

The mystery of sliding on ice can, therefore, be found in the “viscous” nature of this film of water. 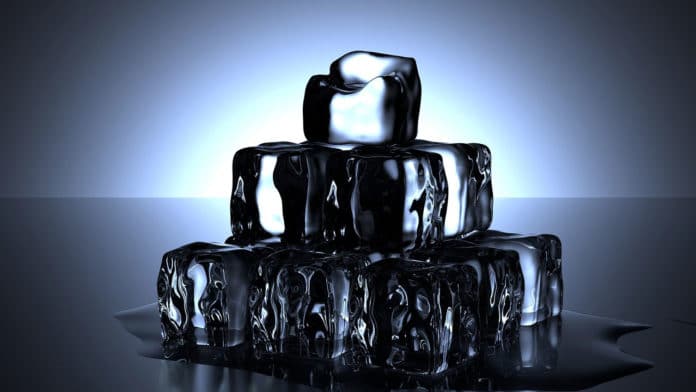 The slipperiness of ice is an everyday-life phenomenon, which, shockingly, remains disputable in spite of a long logical history.

The very small friction on ice is classically attributed to the presence of a thin self-lubricating film of meltwater between the slider and the ice. However, while the macroscale rubbing conduct of ice and snow has been broadly researched, very little is known about the interfacial water film and its mechanical properties.

Recently, scientists from the CNRS and ENS-PSL, in collaboration with École Polytechnique, demonstrated this phenomenon. They found that the answer lies in a film of water that is generated by friction, one that is far thinner than expected and much more viscous than usual water through its resemblance to the “snow cones” of crushed ice we drink during the summer.

For this study, scientists devised a device equipped with a tuning fork-like those utilized in music—that can “hear” the forces at work during ice gliding with noteworthy exactness. In spite of the instrument’s size, which estimates a few centimeters, it is sensitive enough to probe ice and investigate the properties of friction on a nanometric scale.

The device enables scientists to demonstrate that friction does indeed generate a film of liquid water. This film nevertheless offered several surprises: with a thickness measuring a few hundred nanometres to a micron, or one hundredth the thickness of a strand of hair, it is much thinner than theoretical estimates had suggested.

What’s more, this film does not have simple water at all. Instead, it has water that as viscous as oil, with complex viscoelastic properties. This suggests that surface ice doesn’t change into liquid water, however instead winds up in a blended state like “snow cones,” a mix of ice water and squashed ice. The mystery of sliding on ice can like this be found in the ‘vicious’ nature of this film of water.

The unusual properties of meltwater are a crucial factor that has not been taken into consideration until now. This will help better understand the phenomenon of ice gliding in winter sports, for example, and will also help propose innovative solutions for increasing friction to avoid skidding on icy roads.

The study is published in the journal Physical Review X.