How hair shaving deforms the sharpest of razors?

Human hair is 50 times softer than steel, yet it can chip away a razor’s edge, a new study shows. 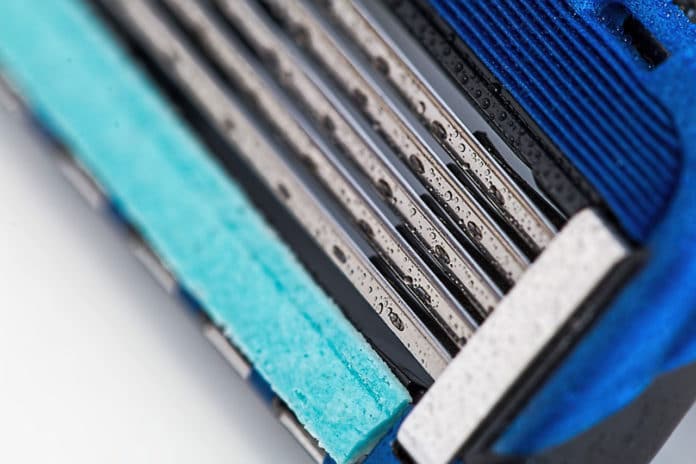 It’s generally accepted that razors get dull over time after coming in contact with your hair. What might be the reason?

Engineers at MIT have studied the simple act of shaving up close, observing how a razor blade can be damaged as it cuts human hair.

Human hair is 50 times softer than the blade itself. The study reveals that hair shaving deforms a blade in a way that is more complex than only wearing down the edge over time.

A single strand of hair can make the edge of a blade chip under specific conditions. When an initial crack formes, the blade is vulnerable against further chipping. As more cracks gather around the underlying chip, the razor’s edge can quickly dull.

For the study, scientists explore the microstructure of metals. They conducted several experiments using disposable razors to identify the mechanisms by which razor blades fail when shaving human hair.

Gianluca Roscioli, the lead author, shaved his facial hair. After every shave, he took images of the razor’s edge with a scanning electron microscope (SEM) to track how the blade wore down over time.

Surprisingly, the experiments revealed very little wear or rounding out of the sharp edge over time. Instead, he noticed chips forming along certain regions of the razor’s edge.

Under what conditions does this chipping take place, and what are the ingredients of failure?

To answer this question, scientists built a small, micromechanical apparatus that consists of a movable stage, with two clamps on either side, one to hold a razor blade and the other to anchor strands of hair. They used blades from commercial razors, which they set at various angles and cutting depths to mimic the act of shaving.

The apparatus was later fitted inside a scanning electron microscope. This allowed scientists to capture high-resolution images of both the hair and the blade.

For experiments, Roscioli used his hair and hair sampled from several of his labmates, overall representing a wide range of hair diameters.

Regardless of a hair’s thickness, Roscioli observed the same mechanism by which hair damaged a blade. Just as in his initial shaving experiments, Roscioli found that hair caused the blade’s edge to chip, but only in certain spots.

When he analyzed the SEM images and movies taken during the cutting experiments, he found that chips did not occur when the hair was cut perpendicular to the blade. When the hair was free to bend, however, chips were more likely to occur. These chips most commonly formed in places where the blade edge met the sides of the hair strands.

Under what conditions do these chips form?

Scientists rand computational simulations for observation, under which they modeled a steel blade cutting through a single hair. As they simulated each hair shave, they altered certain conditions, such as the cutting angle, the direction of the force applied in cutting, and, most importantly, the composition of the blade’s steel.

C. Cem Tasan, the Thomas B. King Associate Professor of Metallurgy at MIT, said, “These conditions illustrate a mechanism known as stress intensification, in which the effect of stress applied to a material is intensified if the material’s structure has microcracks. Once an initial microcrack forms, the material’s heterogeneous structure enabled these cracks to grow to chips easily.”

“Our simulations explain how heterogeneity in a material can increase the stress on that material so that a crack can grow, even though a soft material like hair imposes the stress.”