Discovering new insights into the interior of neutron stars. 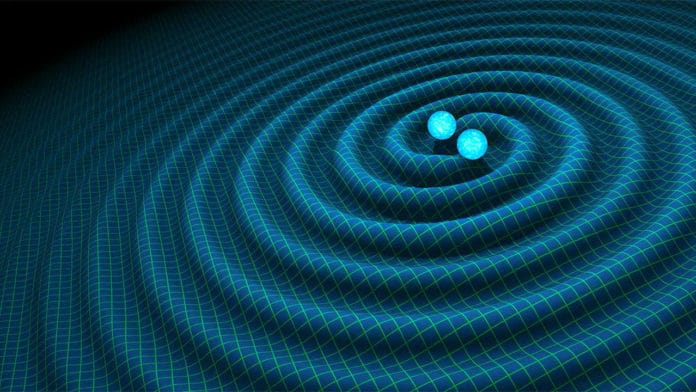 Scientists at the University of Birmingham have developed a new gravitational-wave model that can bring neutron stars into even sharper focus. The model could reveal the structure and composition of neutron stars.

What’s more, scientists also think that model could be a promising new tool to probe the elusive nature of too dense nuclear matter.

Dr. Geraint Pratten, of the University of Birmingham’s Gravitational Wave Institute, is the lead author of the study. He explained: “As the two stars spiral around each other, their shapes become distorted by the gravitational force exerted by their companion. This becomes more and more pronounced and leaves a unique imprint in the gravitational wave signal.”

“The tidal forces acting on the neutron stars excite oscillations inside the star, giving us insight into their internal structure. By measuring these oscillations from the gravitational-wave signal, we can extract information about the fundamental nature and composition of these mysterious objects that would otherwise be inaccessible.”

Co-lead author, Dr. Patricia Schmidt, added: “Almost three years after the first gravitational-waves from a binary neutron star were observed, we are still finding new ways to extract more information about them from the signals. The more information we can gather by developing more sophisticated theoretical models ever, the closer we will get to reveal the true nature of neutron stars.”

Dr. Pratten said, “The information from this initial event was limited as there was quite a lot of background noise that made the signal difficult to isolate. With more sophisticated instruments, we can measure the frequencies of these oscillations much more precisely, and this should start to yield some fascinating insights.”