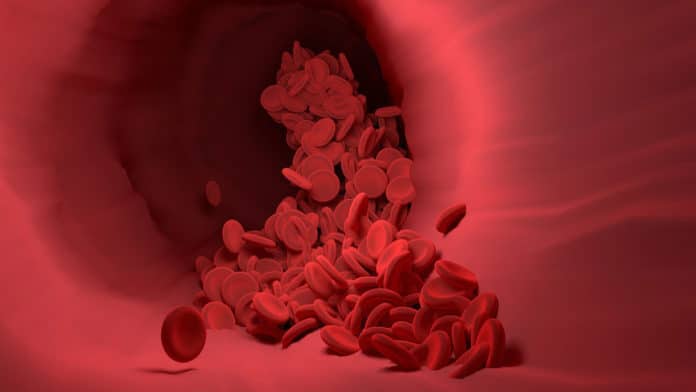 The fat around arteries known as Perivascular Adipose Tissue (PVAT) secretes anti-contractile factors that relax the underlying artery. PVAT’s contributions to vascular function include more than the production of vasoactive substances.

Now, a new study by the Michigan State University scientists suggests that PVAT plays a vital role in keeping those blood vessels healthy. The findings could potentially redefine the way scientists view blood vessels. Also, it could affect how researchers test for treatments related to plaque buildup in our arteries, or atherosclerosis.

Stephanie Watts, MSU professor of pharmacology and toxicology in the College of Osteopathic Medicine, said, “In our study, PVAT reduced the tension that blood vessels experience when stretched. And that’s a good thing because the vessel then expends less energy. It’s not under as much stress.”

“What made the finding so exciting is that PVAT has largely been ignored by researchers who have thought its main job was to store lipids and do little more. Now her findings, built on previous results, could help redefine the way scientists view blood vessels.”

Watts would like scientists to recognize PVAT as the fourth layer, which others have called tunica adiposa—tunica means a membranous sheath enveloping or lining an organ, and adiposa is a synonym for fat.

Scientists decided to test whether PVAT provides a structural benefit to arteries by assisting the function of stress relaxation. To do so, they tested the thoracic aorta in rats and found those with intact PVAT had more stress relaxation than those without.

Watts said, “My mind was blown when I saw that the pieces with surrounding fat had measurably relaxed more than those without.”

“I made every single person in my lab come and look, and I asked, ‘Tell me if I’m hallucinating…do you think this is real?”

Watts and her colleagues also tested other arteries and were able to duplicate the same response.

Why do some babies grow poorly in the womb?

Scientists made a surprising discovery about the body’s second brain