A promising replacement for the toxic and flammable greenhouse gases that are used in most refrigerators and air conditioners has been identified by researchers from the University of Cambridge. 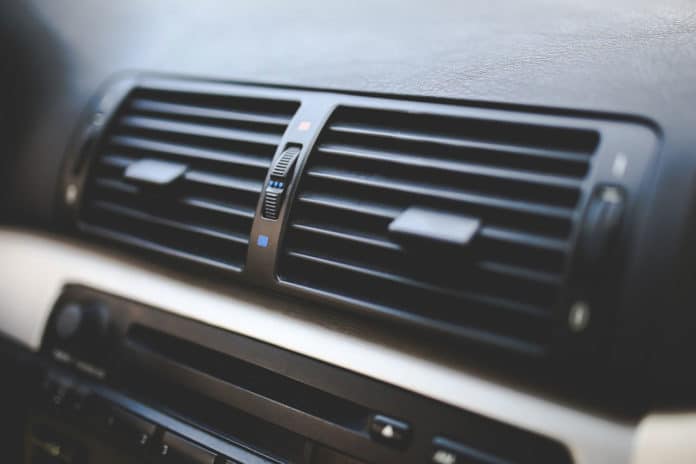 Refrigeration and air conditioning presently consume a fifth of all energy produced worldwide, and as global temperatures keep on rising, demand is only going to keep going up. Furthermore, the gases presently utilized in the vast majority of refrigerators and air conditioners are poisonous, highly flammable greenhouse gases that possibly add to the problem of global warming when they spill into the air.

Although scientists are continuously trying to improve cooling technology by replacing these gases with solid magnetic materials, such as gadolinium, however, the performance of prototype devices has been limited to date, as limited magnetic fields from permanent magnets drive the thermal changes.

Now, scientists from the University of Cambridge have found the replacement for the toxic and flammable greenhouse gases that are used in most refrigerators and air conditioners.

Scientists have developed a device based on layers of a material composed of oxygen and three metallic elements known as PST, and it displays the largest electrocaloric effects – changes in temperature when an electric field is applied – yet observed in a body large enough for cooling applications.

According to scientists, this newly developed device is expected to be used in the development of highly-efficient solid-state refrigerators and air conditioners, without the need for bulky and expensive magnets.

Co-author Dr. Xavier Moya from Cambridge’s Department of Materials Science & Metallurgy said, “When facing a challenge as big as climate change and reducing carbon emissions to net-zero, we tend to focus on how we generate energy – and rightly so – but we must also be looking at the consumption of energy.”

In previous work, scientists identified an inexpensive, generally accessible solid that may compete with conventional coolants when putting under pressure. In any case, developing this material for cooling applications will include a lot of new design work, which the Cambridge group is seeking after.

In this new work, the thermal changes are instead driven by voltage.

Dr. Moya said, “Using voltage instead of pressure to drive cooling is simpler from an engineering standpoint and allows existing design principles to be repurposed without the need for magnets.”

For their work, scientists used high-quality layers of PST with metallic electrodes sandwiched in between. This design enables PST to withstand much larger voltages and produce much better cooling over a much larger range of temperatures.

Co-author Professor Neil Mathur said, “Replacing the heart of prototype magnetic fridges with a material that performs better and does not require permanent magnets, could represent a game-changer for those currently trying to improve cooling technology.”

Scientists are further planning to use high-resolution microscopy to examine at the PST microstructure and enhance it further to apply even larger voltages.

A new phase of matter unraveled