Substituting half a daily serving of unhealthy foods with nuts may help stave off gradual weight gain. 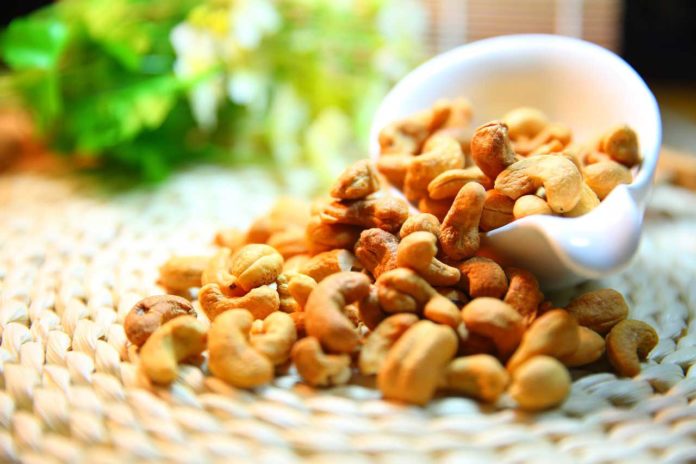 According to a study, recently published in the online journal BMJ Nutrition, Prevention & Health, eating nuts by just half a serving (14 g or ½ oz) a day prevents weight gain. It is also associated with a lower risk of obesity.

Substituting unhealthy food with healthy nuts is a simple strategy to avoid the steady weight gain that regularly goes with the aging procedure, proposed scientists.

Scientists took a gander at the eating regimen and weight of more than 280,000 adults taking part in three long term research studies. Over 20 years of monitoring, participants were asked some information about their weight and, in addition to other things, how frequently, over the previous year, they had eaten a serving (around one ounce) of nuts.

Average weekly exercise– walking, jogging, cycling, swimming, racquet sports, and gardening–was assessed every two years by questionnaire. It was measured in metabolic equivalent of task (MET) hours, which express how much energy (calories) is expended per hour of physical activity.

Within any 4 year period, upping daily nut consumption from none to at least half a serving was associated with staving off 0.74 kg in weight, a lower risk of moderate weight gain, and a 16% lower risk of obesity, compared with not eating any nuts.

This is an observational investigation, and in that capacity, can’t establish the cause. Also, the information depended on close to home report, which may have influenced the precision, while just white, relatively affluent health professionals were incorporated, so the discoveries may not be all the more broadly appropriate.

In any case, the discoveries reverberation those of past observational studies note the specialists, who endeavor to clarify the affiliations they found.

Scientists noted, “Chewing nuts takes some effort, leaving less energy for eating other things, while the high fiber content of nuts can delay stomach emptying so making a person feel sated and full for longer.”

“Nut fiber also binds well to fats in the gut, meaning that more calories are excreted. And there is some evidence that the high unsaturated fat content of nuts increases resting energy expenditure, which may also help to stave off weight gain.”