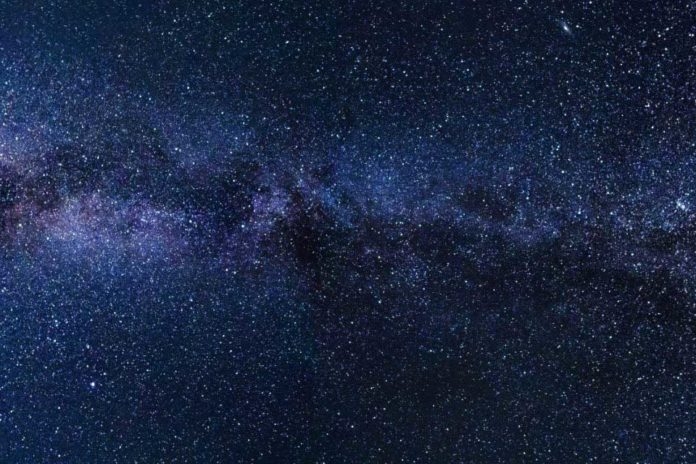 Astronomers cannot see dark matter directly but can study its effects. They can see light bent from the gravity of invisible objects (called gravitational lensing). They can also measure that stars are orbiting around in their galaxies faster than they should be.

Almost 90% of the matter in the Universe, but its existence has been demonstrated only indirectly and recently called into question. Now, a new study has denied the observations that cast doubt on the existence of the dark matter. It offers detailed insights on the understanding the nature of dark matter and its relationship with ordinary matter.

The universe is in a constant state of change. From the expansion of the universe to the movement of stars in the galaxies, the phenomena are many, which, the presence of ordinary matter alone, namely that composed by atoms, is unable to explain. The attractive force it generates is not sufficient. This had led to the theory of the existence of dark matter, namely undetectable, and the idea that galaxies are embedded in its spherical halo.

Chiara Di Paolo, a doctoral student of astrophysics at SISSA said, “Three years ago, a few colleagues of the Case Western Reserve University strongly questioned our understanding of the universe and the in-depth work of many researchers, casting doubt on the existence of dark matter in the galaxies.” 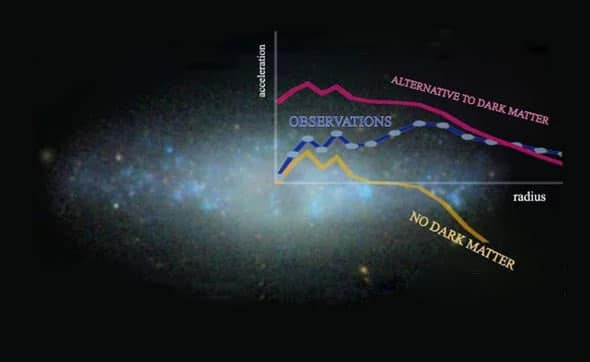 “Analysing the rotation curves of 153 galaxies, principally the ‘classical’ spiral kind, they obtained an empirical relationship between the total gravitational acceleration of the stars (observed) and the component which we would observe in the presence of sole ordinary matter in the classical Newtonian theory.”

“This empirical relationship which seemed valid in all the galaxies they analyzed and at any galactic radius, motivated the explanation of gravitational acceleration without necessarily calling into question dark matter, but involving for example theories of modified gravity such as MOND (Modified Newtonian Dynamics).”

Astronomers suggest, dark matter is present in each observable galaxy and could be responsible for the creation of the galaxies. Furthermore, dark matter is believed to be the glue which holds the visible matter within these galaxies together.

Because of this, astronomers were surprised in 2018 to discover galaxy NGC 1052-DF2 only held about 1/400th of the expected amount of dark matter.

Pieter van Dokkum of Yale University said: “We thought that every galaxy had dark matter and that dark matter is how a galaxy begins. This invisible, mysterious substance is the most dominant aspect of any galaxy.”

“So finding a galaxy without it is unexpected. It challenges the standard ideas of how we think galaxies work, and it shows that dark matter is real: it has its own separate existence apart from other components of galaxies. This result also suggests that there may be more than one way to form a galaxy.”

Moreover, dark matter existence in galaxies can explain how stars move around and cluster together in a way, which ordinary matter cannot explain.

However, scientists wanted to verify the relationship by analyzing the rotation curves of galaxies other than the “classical” spiral kind: 72 galaxies with low surface brightness (LSB) and 34 dwarf disc galaxies.

They produced more extended results, finding a relationship, which, besides total gravitational acceleration and its ordinary component, also involves the galactic radius and the morphology of the galaxies.

Paolo Salucci, professor of astrophysics at SISSA and one of the research authors said, “We have studied the relationship between total acceleration and its ordinary component in 106 galaxies, obtaining different results from those that had been previously observed. This not only demonstrates the inexactness of the empirical relationship previously described but removes doubts on the existence of dark matter in the galaxies. Furthermore, the new relationship found could provide crucial information on the understanding of the nature of this indefinite component.”

The study is published in the Astrophysical Journal.

The universe is getting hotter, study