Climate change could wipe the world’s sandy beaches by 2100

We have to prepare. 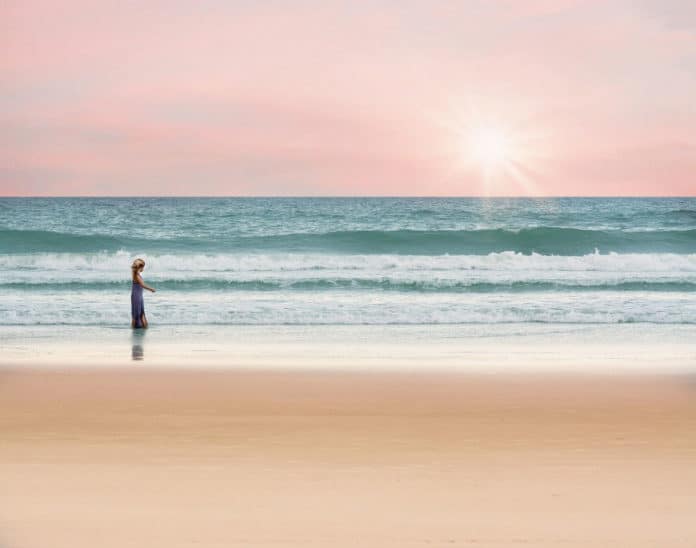 Sandy beaches occupy more than one-third of the global coastline and have a high socioeconomic value related to recreation, tourism, and ecosystem services.

Beaches are the interface between land and ocean, providing coastal protection from marine storms and cyclones. However, the presence of sandy beaches cannot be taken for granted, as they are under constant change, driven by meteorological, geological, and anthropogenic factors.

A new study warns that climate change and sea-level rise are currently on track to wipe out half the world’s sandy beaches by 2100.

Regardless of whether humanity forcefully decreases the petroleum product contamination that drives global warming, more than 33% of the planet’s sandy shorelines could vanish by then, devastating coastal tourism in countries large and small.

Michalis Vousdoukas, a researcher at the European Commission’s Joint Research Centre, said, “We have to prepare.”

Some countries, such as the United States, are already planning extensive defense systems, but in most nations, such massive engineering schemes will be unfeasible, unaffordable, or both.

According to the study, nearly 15,000 kilometers (more than 9,000 miles) of the white-beach coastline washed away over the next 80 years.

The ten countries that stand to lose the sandiest shoreline also include Mexico, China, Russia, Argentina, India, and Brazil.

Scientists assessed how quickly and by how much beaches might disappear. To do so, they plotted trend lines across three decades of satellite imagery dating back to 1984.

From there, the projected future erosion under two climate change scenarios.

The “worst case” RCP8.5 pathway assumes carbon emissions will continue unabated, or that Earth itself will begin to boost atmospheric greenhouse gas concentrations—from, for example, permafrost—independent of human action. Under RCP8.5, the world will lose 49.5 percent of its sandy beaches by 2100—nearly 132,000 kilometers of coastline.

A less dire scenario, called RCP4.5, would see humanity cap global warming at about three degrees Celsius, which is still far more than the “well below 2C” limit called for in the 2015 Paris Agreement.

A less dire scenario, called RCP4.5, would see humanity cap global warming at about three degrees Celsius, which is still far more than the “well below 2C” limit called for in the 2015 Paris Agreement.

Many climate scientists, however, say these estimates are too conservative and have predicted in peer-reviewed work that the ocean watermark will rise twice as much.

Experts not involved in the new findings said they should sound an alarm.

Jeffrey Kargel, a senior scientist at the Planetary Research Institute in Tucson, Arizona, said, “The study’s linkage of global coastal degradation to (fossil fuel) combustion is a landmark advance.”

The findings are reported in the journal Nature Climate Change.