A causal relationship between failure and future success

'What does not kill me makes me stronger' -- German philosopher Friedrich Nietzsche. 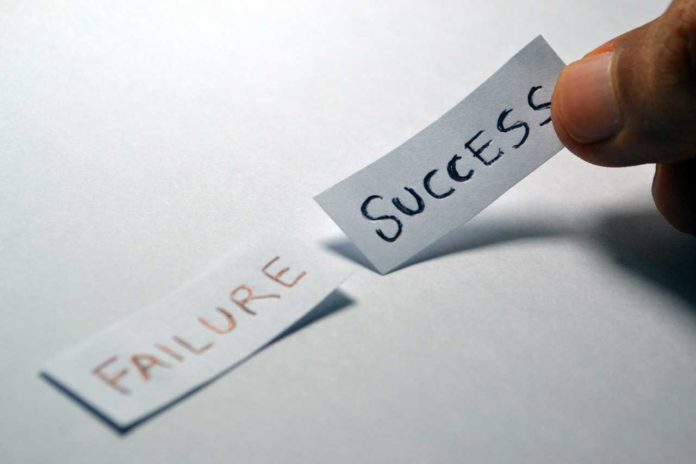 In a new study conducted by Northwestern University‘s Kellogg School of Management, scientists used advanced analytics and assessed the relationship between professional failure and success for young scientists. They found that as opposed to their underlying desires, that failure early in one’s career prompts more prominent achievement in the long term for the individuals who try again.

Lead author Yang Wang said, “The attrition rate does increase for those who fail early in their careers. But those who stick it out, on average, perform much better in the long term, suggesting that if it doesn’t kill you, it does make you stronger.”

Dashun Wang, corresponding author and associate professor of management and organizations at Kellogg said, “It turns out that, historically, while we have been relatively successful in pinpointing the benefits of success, we have failed to understand the impact of failure.”

Scientists examined junior scientists applying for National Institutes of Health R01 grants from the National Institutes of Health (NIH) between 1990 and 2005. They utilized the NIH’s evaluation scores to separate individuals into two groups: (1) the “near-misses” whose scores were just below the threshold that received funding and (2) the “just-made-its” whose scores were just above that threshold.

By focusing on proposals fell just below and just above the funding threshold, scientists compared near-miss with narrow-win applicants, and find that an early-career setback has powerful, opposing effects. Moreover, it significantly increases attrition, predicting more than a 10% chance of disappearing permanently from the NIH system.

Scientists wondered if the impact could be credited to a “weed-out” phenomenon —that the early-career failure caused some scientists in the near-miss group to exit the field, leaving just the most-decided members. The further examination uncovered that while the attribution rate after failure was 10 percent higher for the close miss group, that alone couldn’t represent the more noteworthy achievement later in their vocations.

After testing several other possible explanations for the long-term success of the near-miss group, scientists were unable to find any supporting evidence for any of their hypotheses, suggesting other unobservable factors, such as grit or lessons learned, might be at play.

Dashun Wang said, “There is value in failure. We have just begun expanding this research into a broader domain and are seeing promising signals of similar effects in other fields.”

Astronomers detected an afterglow from a kilonova

The most realistic, highest-resolution 3D simulation of star formation to date