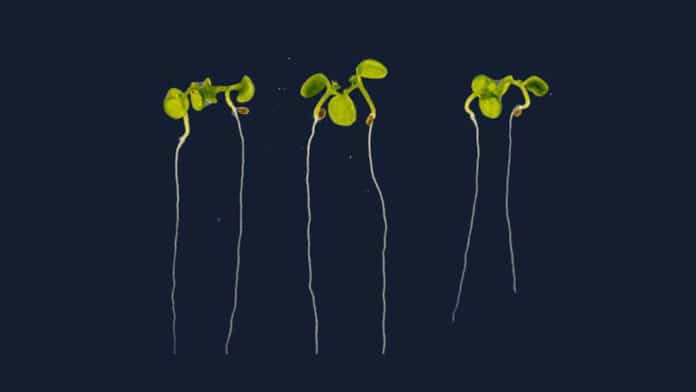 Calcium (Ca2+) is a universal regulatory element that intimately couples primary biotic and abiotic signals to many cellular processes, allowing plants and animals to develop and adapt to environmental stimuli. In plants, calcium releases are essential to the establishment of nitrogen-fixing and phosphate-delivering arbuscular mycorrhizal endosymbioses.

In a new study by the John Innes Centre, scientists used genetics and cell biology approaches and discovered the crucial role of calcium in modulating the plant growth hormone auxin. They also revealed that calcium could be released by the nucleus of root apical meristem—the region of the growing root.

“Discovering the additional role of nuclear calcium release may help us improve plant growth and translate the discovery into agronomically relevant species.”