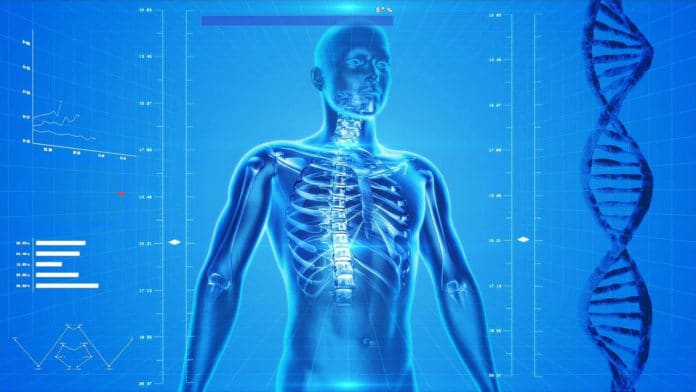 Current practices in drug development have led to therapeutic compounds being approved for widespread use in humans, only to be later withdrawn due to unanticipated toxicity. These occurrences are mostly the result of erroneous data generated by in vivo and in vitro preclinical models that do not accurately recapitulate human physiology.

To speed up new drugs to market and reduce animal testing, scientists from the Wake Forest Institute for Regenerative Medicine (WFIRM) have come up with a mindblowing solution. They have developed the world’s most sophisticated laboratory model of the human body, a system of miniaturized organs that can be used to detect harmful and adverse effects of drugs before they are prescribed to patients.

Scientists developed this system from many human cell types that are combined into human tissues representing a majority of the organs in the human body, such as the heart, liver, and lungs. Each of these miniature organs is tiny 3D tissue-like structures about one-millionth the size of an adult human organ.

Anthony Atala, MD, of the Wake Forest Institute for Regenerative Medicine and the study’s senior author said, “The most important capability of the human organ tissue system is the ability to determine whether or not a drug is toxic to humans very early in development and its potential use in personalized medicine. Weeding out problematic drugs early in the development or therapy process can save billions of dollars and potentially save lives.”

During the experiment, this new model shows the potential of quantifying toxicity measure toxicity in many drugs approved for human use. Although toxicity from the recalled drugs was not found initially using standard 2D cell culture systems and animal testing models, and adverse effects were not detected throughout three levels of human clinical trials, this new system can readily detect toxicity, replicating the damage seen in humans.

To create the model, scientists isolated tiny samples of human tissue cells and engineered them into miniature versions of the human organ. These tissue cells can contain blood vessel cells, immune system cells, and even fibroblasts.

Each of these organs, also known as organ tissue equivalents, performs the same functions that they do in the human body. For example, the heart beats about 60 times each minute, the lung breaths the air from the surrounding environment, and the liver breaks down toxic compounds into harmless waste products.

Another exciting thing about the model that each system contains media, a substance containing nutrients and oxygen that is circulated among all the organ types, delivering oxygen, and removing waste. The small blood system n these devices use a technology called microfluidics to recirculate test compounds through the organ system and remove the drug breakdown products that each organ is producing.

Co-author Thomas Shupe, Ph.D., of WFIRM, said, “Creating little human organs for drug testing was a logical extension of the work we have accomplished in building human-scale organs. Many of the same technologies we have developed at the human-scale level, like including a very natural environment for the cells to live in, also produced excellent results when brought down to the microscopic level.”

Authors Skardal, Shupe, Soker, Murphy, Bishop, and Atala are inventors on patent rights related to this work owned by Wake Forest University Health Sciences. The patents, whose value may be affected by publication, have the potential to generate royalty income in which the inventors would share.

The study is published in the journal Biofabrication.