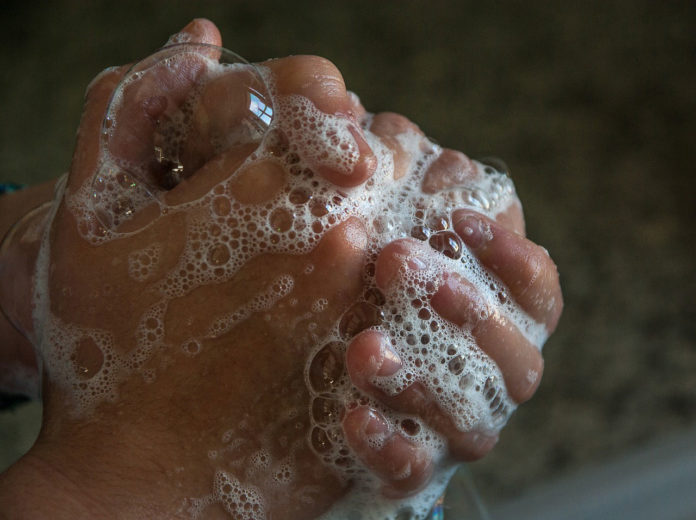 A toilet is an ideal spot for germs and microbes to Bacterias like E-coli, Salmonella, and substantially more can, for the most part, be found in the toilet bowl. These bacterias’ are additionally found on the toilet seat, the floor, the flush, and the door handle. Bacteria in the toilet absorb organic waste and discharge gases, which is the reason why we get a foul smell in the toilets. Henceforth toilet hygiene is significant.

We’ve all been taught to wash our hands after using the toilet. But only 67% of people wash their hands after pooping. Showing concern for people fall in the remaining 33%, a study by the University of East Anglia suggests that not washing your hands after you poop is more dangerous than eating raw meat.

The study suggests that antibiotic-resistant E. coli is more likely to be spread through poor toilet hygiene than undercooked chicken or other food. Escherichia coli (E. coli) bacteria normally live in the intestines of healthy people and animals. Most varieties of E. coli are harmless or cause relatively brief diarrhea. But a few particularly nasty strains, such as E. coli O157: H7, can cause severe abdominal cramps, bloody diarrhea, and vomiting.

Until now, it remains unclear whether antibiotic-resistant E. coli that cause bloodstream infections are picked up via the food chain, or passed from person to person. To figure out the answer, scientists sequenced the genomes of safe E. coli from multiple sources over the UK – including from human bloodstream infections, human feces, human sewerage, animal slurry, and meat, including beef, pork and chicken, and fruits and salad.

The found that antibiotic-resistant ‘superbug’ strains of E. coli from human blood, feces, and sewerage samples were similar to one another. Strain ‘ST131’ dominated among ESBL-E. Coli from all these human sample types.

“But E. coli is also the most common cause of blood poisoning, with over 40,000 cases each year in England alone. And around 10 percent of these cases are caused by highly resistant strains with ESBLs.”

“Infections caused by ESBL-E. Coli bacteria are difficult to treat. And they are becoming more common in both the community and hospitals. Mortality rates among people infected with these superbug strains are double those of people infected with strains that are susceptible to treatment.”

“We wanted to find out how these superbugs are spread – and whether there is a cross-over from the food chain to humans.”

li across the regions, except for in London, where the carriage rate was almost double – at 17 percent.

“We found ESBL-E. Coli in 65 percent of retail chicken samples – ranging from just over 40 percent in Scotland to over 80 percent in Northwest England. But the strains of resistant E. coli were almost entirely different from the types found in human feces, sewage, and bloodstream infections.”

“Only a very few beefs and pork samples tested positive, and we didn’t detect ESBL-E. coli at all in 400 fruit and vegetable samples – many of which were imported to the UK.”

“But – and critically – there’s a little crossover between strains from humans, chickens, and cattle. The great majority of strains of ESBL-E. coli causing human infections aren’t coming from eating chicken, or anything else in the food chain.”

“Rather – and unpalatably – the likeliest route of transmission for ESBL-E. coli is directly from human to human, with faecal particles from one person reaching the mouth of another.”

“We need to carry on cooking chicken well and never to handle raw meat and salad alternately. There are plenty of important food-poisoning bacteria, including other strains of E. coli, that do go down the food chain. But here – in the case of ESBL-E. coli – it’s much more important to wash your hands after going to the toilet.”

Prof Neil Woodford of Public Health England said, “And it’s particularly important to have good hygiene in care homes, as most of the severe E. coli infections occur among the elderly. To tackle antibiotic resistance, we not only need to drive down inappropriate prescribing but reduce infections in the first place. To limit serious, antibiotic-resistant E. coli bloodstream infections, we must focus on thorough hand washing and good infection control, as well as the effective management of urinary tract infections.”

“Prudent use of antibiotics is essential in both animals and humans. Antibiotics are a finite resource. We need them to continue to work when we get sick. We are committed to reducing infections in both the community and in healthcare settings and are working with frontline NHS staff, NHS England, NHS Improvement, and the Department of Health and Social Care to do this.”

The study is published The Lancet Infectious Diseases.

Scientist found that the shape of DNA can be changed