The Nile river could be 30 million years old

How old is Nile river? 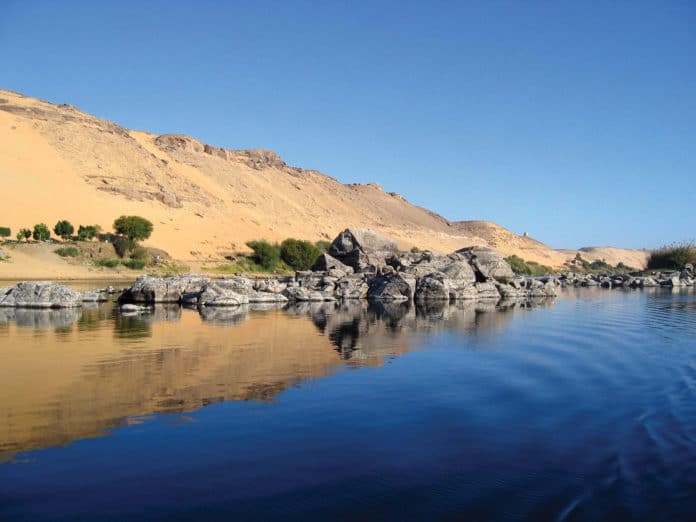 The Nile is the longest river on Earth and has persisted for millions of years. It has been suggested that the Nile in its present path is ~6 million years old, whereas others argue that it may have formed much earlier in geological history.

Now, scientists at the University of Texas at Austin have solved this riddle. By linking the river’s flow to the movement of rock in the Earth’s deep mantle, they estimated the age of the Nile river.

They suggested that this eternal river to be 30 million years – about six times as long as previously thought.

Lead author Claudio Faccenna, a professor at the UT Jackson School of Geosciences, said, “One of the big questions about the Nile is when it originated and why it has persisted for so long. Our solution is quite exciting.“

The Earth’s mantle is composed of solid rock that flows like a fluid over longer periods. Like currents in an ocean, various regions of the mantle have different circulation patterns.

Scientists suggested that the results should settle a long-running debate about the age of the river and provide evidence that the slow movement of the deep mantle is one of the key forces shaping our Earth’s landscape and geological processes.

During the study, scientists connected the tilted idea of the Nile’s topography to a conveyer belt of mantle rock pushing toward the Ethiopian Highlands in the south and pulling the surface down in the north. From start to finish, the gentle gradient keeps the Nile on a consistent northward course.

Scientists studied ancient volcanic rock in the Ethiopian Highlands and correlated it with enormous deposits of river sediment buried under the Nile Delta. This told the researchers that after rising dramatically, the Ethiopian Highlands have remained at a similar height for millions of years, which the researchers attribute to the support of the mantle rock from below.

Thorsten Becker, a professor at the Jackson School and research scientist at its University of Texas Institute for Geophysics, said, “We know that the high topography of the Ethiopian plateau was formed about 30 million years ago. Until now, however, it was unclear how this topography has been maintained for so long.”

Scientists verified the results using computer simulations that re-created 40 million years of Earth’s plate tectonic activity. The model demonstrated the appearance of a hot mantle plume that most likely prompted the outpouring of lava that shaped the Ethiopian Highlands while initiating a conveyer belt in the mantle that persists till today.

The simulation reproduced changes in the landscape precisely as the scientists had expected – remembering small details for the scene, for example, whitewater rapids found along the length of the Nile.

Eric Kirby, a professor at Oregon State University and an expert in uplifting landscapes, said that “combining diverse geological data with state-of-the-art, geophysical modeling was key for the research.”

“Without either piece, you wouldn’t get such a compelling result.”

Scientists are further planning to apply the technique to other rivers such as the Yangtze and Congo. The research was supported by NASA and a grant from the Italian government’s Ministry of Education, University and Research.