Technology use during a meal decrease food intake

People who were distracted by playing a computer game during a meal ate significantly less. 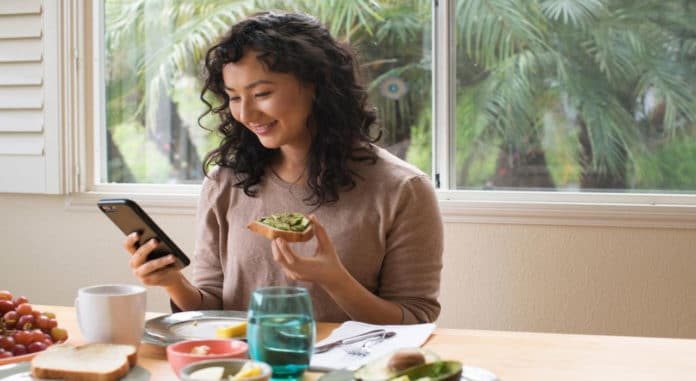 Scientists at the University of Illinois conducted a study to determine the effects of a cognitive distraction on the amount, preference, and memory of food consumed and perceptions of fullness, hunger, and enjoyment of food in a healthy young-adult population.

Scientists found that being distracted by technology during mealtime may decrease the amount of food a person eats.

Almost 119 young adults were involved in the study. Participants consumed meals while playing a simple computer game for 15 minutes. Scientists found that participants ate significantly less than when they ate the same meal without distractions.

Scientists evaluated participant’s food consumption on two occasions – one day when they played the game called Rapid Visual Information Processing while eating and another day when they ate without distractions.

The game tests users’ visual sustained attention and working memory. Scientists widely use this game to evaluate people for problems such as Alzheimer’s disease and attention deficit disorder.

The game randomly flashes a series of digits on the computer screen at the rate of one per second. Participants were instructed to hit the space bar on the keyboard whenever they saw three consecutive odd numbers.

Lead author Carli A. Liguori said, “It’s fairly simple but distracting enough that you have to be watching it to make sure that you don’t miss a number and are mentally keeping track. That was a big question for us going into this – how do you ensure that the participant is distracted? And the RVIP was a good solution for that.”

The members, who had fasted for 10 hours before each visit, were told to devour the same number as they needed of 10 miniature quiches while they were either playing the game or eating discreetly without interruptions for 15 minutes.

The food was gauged and checked when it was given to every individual.

Following a 30-minute rest period, participants finished an exit survey that requested them to recall how many quiches they had been given and the number they had devoured. They additionally rated the amount they delighted in the dinner just as their feelings of hunger and fullness.

The findings were published recently in the Journal of Nutrition.

A family of eco-friendly, frost-resistant, and ice-phobic coatings