The study pointed out the active compounds in it which brings out this benefit. 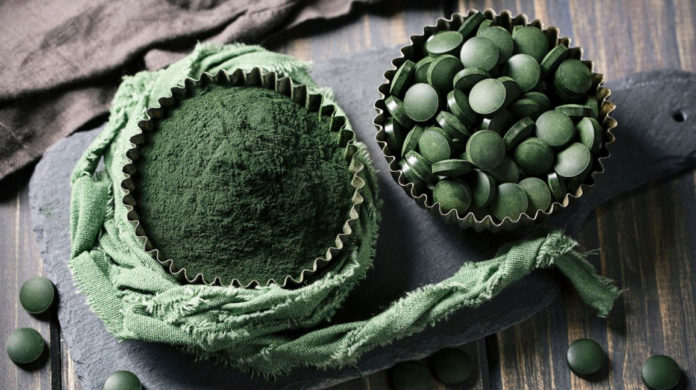 According to a recently published study, consuming spirulina may lead to reducing blood pressure.

Spirulina has a long history that stretches back to the Aztecs and ancient Africa. Historically, people harvested the bacteria from ponds and lakes and turned them into “cakes.”

Consisting of high levels of proteins, iron, and other nutrients, Spirulina is an interesting topic for scientists to search for food security, malnutrition, and even long-distance space travel.

Moreover, the Spirulina has linked with a range of health benefits including controlling levels of glucose and lipids in the blood, reducing the symptoms of allergic rhinitis, and even protecting against some types of cancer.

In a new study, scientists wanted to dive deep into the details and understand exactly how it interacts with blood vessels to produce this benefit. They started by simulating the effects of digestion on spirulina.

First author Albino Carrizzo explained, “We reproduced what happens in the human gut after ingesting the substance. This way we have been able to isolate the peptides that would be absorbed by our body.”

Scientists then tested the “digested” spirulina on arteries extracted from mice. As they expected, spirulina caused relaxation of the arteries; an effect mediated by nitric oxide (NO).

NO plays a vital role in maintaining healthy blood pressure, and for many individuals with hypertension, it is the NO mechanism that is at fault.

Scientists then determined the active molecule in the digested spirulina that was responsible for this activity.

They used a complex multistep peptidomic approach and identified one particular peptide that appeared to impart spirulina’s antihypertensive prowess — SP6.

SP6 interacts with an important signaling pathway known as PI3K/AKT. This interaction leads to the release of NO and, consequently, a drop in blood pressure.

Author, Prof. Carmine Vecchione said, “We know that hypertensive patients often have a defect in the natural processes that, by the action of nitric oxide, regulate endothelium (the inner wall of blood vessels). The peptide we isolated in spirulina extract acts positively on this mechanism.”

To further test SP6’s antihypertensive powers, they administered it to mice. As theorized, they measured a drop in blood pressure.

Lastly, they investigated SP6 in an animal model of hypertension; once again, they found that it reduced hypertension significantly.

Prof. Vecchione believes that “SP6 could be a natural adjuvant to common pharmacological therapies in order to improve endothelial function and, consequently, combat hypertension.”

The most recent investigation is available in the journal Hypertension.

Venoms found in snakes and mammals share a common origin

Fasting during Ramadan is safe and may lower blood pressure temporarily