Most complete high-resolution atomic movie of photosynthesis to date. 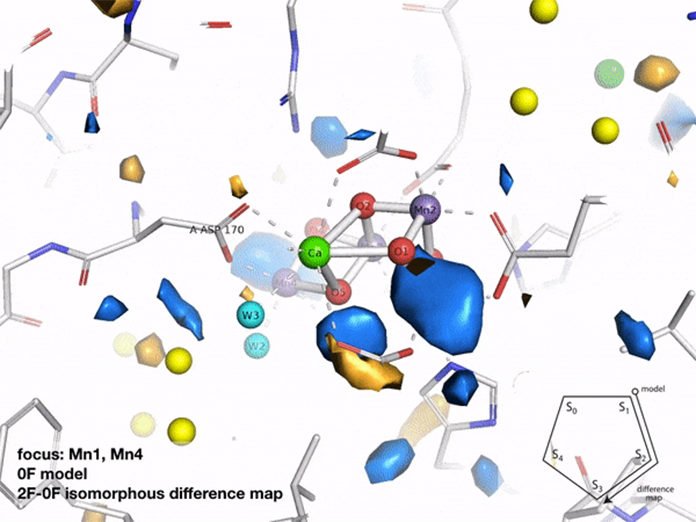 Scientists at the Lawrence Berkeley National Laboratory have successfully captured a picture of steps in the reaction mechanisms in photosynthesis.

Vittal Yachandra, one of the lead scientists on the study said, “It’s like a molecular movie. We’re collecting more and more of these snapshots. The idea is eventually to have a continuous story of how water is split into oxygen, and how plants do that using sunlight.”

Junko Yano, also one of the lead scientists said, “We hope a better understanding of photosynthesis and the guiding principles we learn from these studies can then be applied to develop artificial photosynthetic systems, which is a way to produce fuels from sunlight, water, and carbon dioxide.”

Almost two years ago, scientists led by Yano, Jan Kern, and Yachandra in Berkeley Lab’s Biosciences Area produced a strategy to capture two stages of the water-splitting cycle. In the most recent investigation, they utilized a similar system, which took a long time to create, to capture six pictures in the process with more detail than ever before – three times more information in every preview, to be exact.

They also developed critical software and algorithms that provided a completely new way of analyzing the data from the X-ray laser.

Kern said, “Previously the picture was more blurred and it was difficult to see details. Now we have a sharper picture for these six steps. We estimate that if we get another five or 10 snapshots along the last step in the reaction, that will really tell us what is going on in detail.”

“In 2016 we showed we could see structural details that are useful. Now we have several frames of the movie where we can see the details of the chemistry taking place in real time.”

Earth’s atmospheric oxygen will last for another billion years

Axions might be the source of X-ray emissions surrounding neutron stars, study