Holographic cosmological model and thermodynamics on the horizon of the Universe. 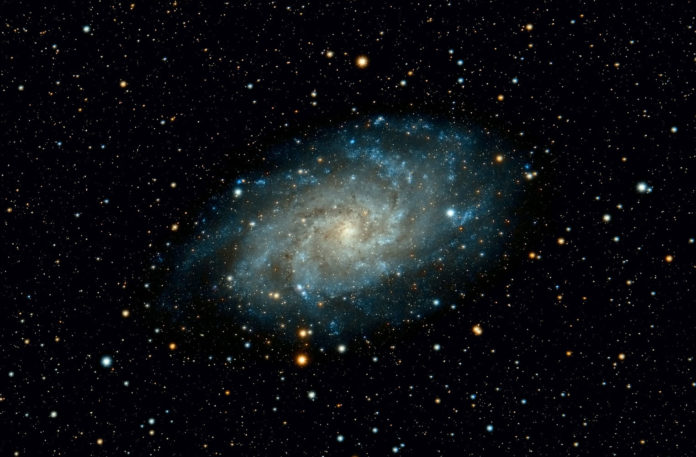 Thermodynamics on the horizon of a flat universe at late times is studied in holographic cosmological models that assume an associated entropy on the horizon.

In such models, Lambda cold dark matter (LCDM) is widely favored because of the consistency of energy flows across the horizon. Among all, it is considered as the simplest model that can provide elegant explanations of the properties of the Universe, e.g., the accelerated expansion of the late Universe and structural formations.

However, the LCDM model suffers from several theoretical difficulties, such as the cosmological constant problem.

Nobuyoshi Komatsu said, “Previous research implies that a certain type of universe will behave like a conventional macroscopic system. The expansion of the Universe is considered likely to be related to thermodynamics on its horizon, based on the holographic principle.”

“I considered a cosmological model with a power-law term, assuming application of the holographic equipartition law. The power-law term is proportional to Hα, where H is the Hubble parameter, and α is considered to be a free parameter (α may be related to the entanglement of the quantum fields close to the horizon).”

“Also, I used the model to examine the relaxation-like processes that occur before the last stage of the evolution of the Universe and thus enable the study of the maximization of the entropy.”

Through this study, Associate Professor Komatsu hopes that the developed model will serve to enable discussion and analysis of the full range of currently available cosmological models from a thermodynamics perspective.

There are 40 billion billions Black Holes in the Universe, study

MIT neuroscientists developed a computer model that can localize sounds