It is 4000 times smaller than the detectors currently in use and could detect mid-frequency gravitational waves. 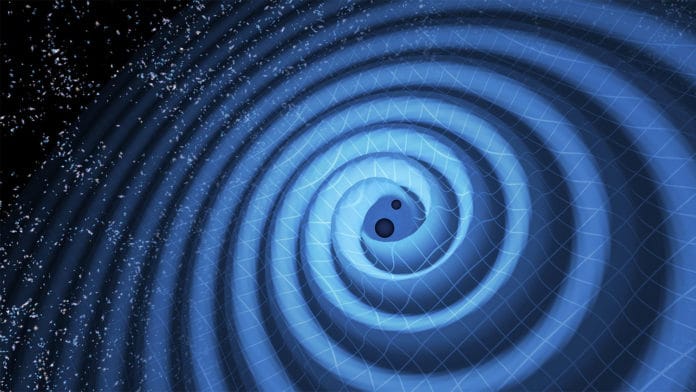 A new study by the UCL, University of Groningen, and the University of Warwick offers details on how state-of-the-art quantum technologies and experimental techniques can be used to build a detector capable of measuring and comparing the strength of gravity in two locations at the same time.

Scientists have developed a detector based on quantum technology that is 4000 times smaller than the detectors currently in use and could detect mid-frequency gravitational waves.

“We found that our detector could explore a different range of frequencies of gravitational waves compared to LIGO. These frequencies might only be available if scientists build large detectors in space with baselines that are hundreds of thousands of kilometers in size.”

What’s more, the detector could be used to build a network of detectors that would be capable of picking out gravitational wave signals from background noise. This network would also be potentially useful, giving precise information on the location of the objects that are creating the gravitational waves.

Co-author, Professor Sougato Bose (UCL Physics & Astronomy and UCLQ), said: “While the sensor we have proposed is ambitious in its scope, there does not appear to be any fundamental or insurmountable obstacle to its creation using current and near-future technologies.”

“All the technical elements to make this detector have been individually realized in different experiments around the world: the forces required, the quality of the vacuum required, the method to place the crystals in superposition. The difficulty will come in, putting it all together and making sure the superposition stays intact.”

Scientists are further planning to collaborate with experimentalists to start building prototypes of the device.

The work was funded by the Netherlands Organisation for Scientific Research, the Royal Society, and the Engineering and Physical Sciences Research Council.

Scientists unveiled the largest number of gravitational waves ever detected