An important step towards achieving the muon-beam quality required to search for phenomena at energy scales beyond the reach of the Large Hadron Collider at a facility of equivalent or reduced footprint. 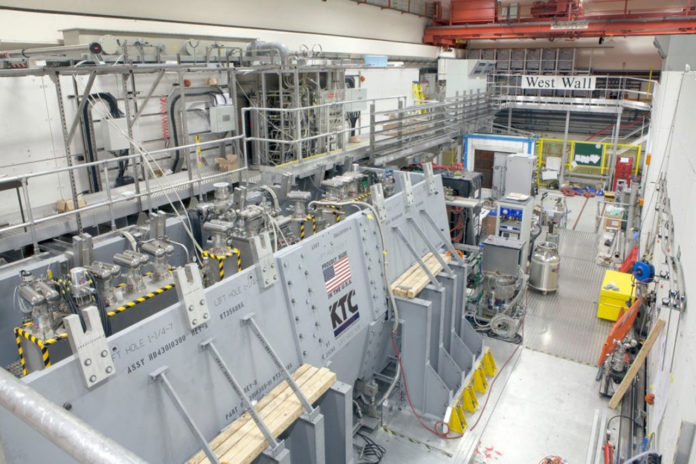 Muons are naturally occurring particles that are produced in the Earth’s upper environment by cosmic rays collisions, along these lines are viewed as a follow-on particle accelerator to supplant the LHC. Protons, a type of hardon, are utilized by the LHC, and they participate in strong interactions. Leptons, similar to the electron and the muon, are not subject to secure communication. Instead, they cooperate using weak power.

Muons have an extremely brief lifespan of two-millionths of a second. They are produced by smashing a beam of protons into a target.

According to scientists, this muon accelerator will provide a better understanding of the fundamental constituents of matter.

Professor Moses Chung in the School of Natural Sciences at UNIST said, “Achievement of this is considered especially important, as it could change the paradigm of developing the Lepton Collider that could replace the Neutrino Factory or the Large Hadron Collider (LHC).”

The muons from a diffuse cloud, thus challenging to accelerate, and there is a low chance of them colliding and producing useful, interesting physical phenomena.

To make the cloud less diffuse, a process called ‘Beam cooling’ is used where muons get closer together and move in the same direction. However, due to the ultra-short lifespan of muons, it has been impossible to cool the beam with the traditional methods.

Scientists, in this new study, solve this problem: The cooled down the muon beam to the point where it would enter the accelerator. For this, they used the ionization process.

The outcomes show that ionization cooling works and can be used to channel muons into a tiny volume.

This breakthrough has been carried out by the Muon Ionization Cooling Experiment (MICE) collaboration, which includes many UK scientists, as well as Professor Chung and his research team in the School of Natural Sciences at UNIST. The results of the experiment, carried out using the MICE muon beam-line at the Science and Technology Facilities Council (STFC) ISIS Neutron and Muon Beam facility on the Harwell Campus in the UK.

The SRC project has supported this research via the National Research Foundation (NRF). Their findings have been published in the online version of Nature on February 5, 2020.