Babies born by caesarean section have a reduced level of “good” gut bacteria and an increased number of pathogens linked to hospital environments. 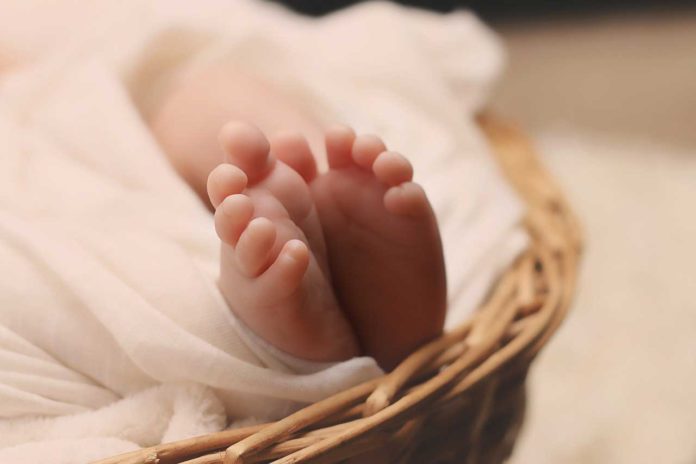 Following birth, infants experience fast colonization by microorganisms from their moms and the encompassing environment. Diseases in childhood and later in life are conceivably intervened by the perturbation of the colonization of the infant gut microbiota.

However, the effects of delivery via caesarean section on the earliest stages of the acquisition and development of the gut microbiota, during the neonatal period (1 month), remain controversial.

New study scientists at the United Kingdom’s Wellcome Sanger Institute, University College London and the University of Birmingham, reported that the mode of the delivery plays a vital role in determining which of the 5,000 different species of microorganisms colonize our guts.

Scientists analyzed gut bacteria in stool samples taken from 596 babies born in British hospitals – 314 babies who had a natural, or vaginal, birth, and 282 who were born by caesarean. They took samples four, seven, and 21 days after delivery and later in infancy and also analyzed samples from 175 mothers to determine the origin of the gut bacteria. The samples were gathered as part of the Baby Biome Study, co-led by Dr. Nigel Field.

Scientists found that babies born by C-section had a decreased number of “good” Bacteroides got from their moms and an expanded number of opportunistic pathogens, including Enterococcus, Enterobacter and Klebsiella species.

Meanwhile, babies born via caesarean section had more harmful pathogens picked up in the hospital that could expose them to future infections—pathogens that were more likely to have antimicrobial resistance—compared to vaginally delivered babies.

Nigel Field, a molecular biologist at UCL and co-author of the new research, said at a press conference said, “We sat down to try and design a study that would allow us to understand how babies are colonized with microbes in the first moments after birth. We think that can be a critical moment in life because babies are sterile when they’re in the womb, and the moment they are born is a moment when the immune system has a huge of number of bacteria that it’s presented with … that sets the immune system for future life.”

The investigation gives proof that the first colonization of a newborn’s intestine with bacteria fluctuates with various birth methods. Analysts inferred that the kind of birth is a critical hazard factor in how the gut microbiome from babies to early stages will be composed.

During the study, scientists refined more than 800 strains of bacteria and after that analyzed their whole (genome sequencing). Therefore, they distinguished bacterial virulence factors and clinically relevant antimicrobial resistance in the cesarean section children in some opportunistic pathogens, which could make their carriers vulnerable to contaminations with weakened immune systems.

However, it remains unclear where and how exactly colonization with antimicrobial-resistant opportunistic pathogens occurs in those born by cesarean section and to what extent the hospital environment differs between natural and cesarean births.

Senior author Dr. Nigel Field (UCL Institute for Global Health) said: “Our study showed that as the babies grow and take in bacteria when they feed and from everything around them, their gut microbiomes become more similar to each other. After they have been weaned, the microbiome differences between babies born via caesarean and delivered vaginally have mainly evened out. We don’t yet know whether the initial differences we found will have any health implications.”

Honeybees follow a social distancing protocol to protect themselves against parasites

Cell patterns within tumors could help predict the efficiency of immunotherapy