A meteorite hit the moon during total lunar eclipse

It was the first time an impact has been captured on film during a total lunar eclipse. 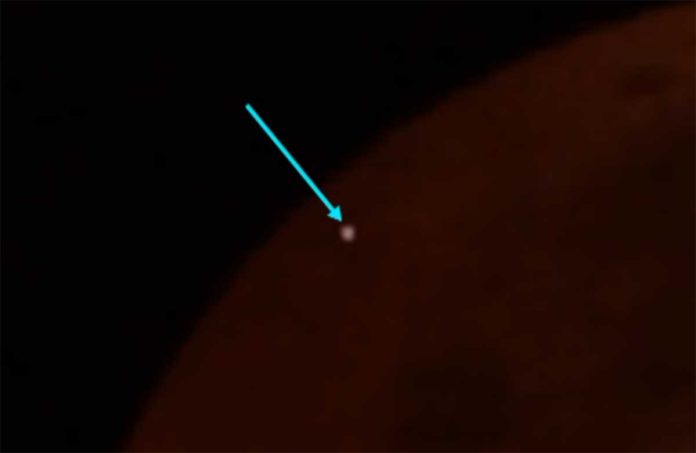 Observers of recent’s lunar eclipse were blessed with a bonus surprise- a meteorite impact.

The alleged “super wolf blood moon” was anxiously viewed by a large number of people around the globe, for the most part through live spilling video. Amid the eclipse, a few people saw a tiny flash, a concise yellow-white spot, springing up on the lunar surface amid the online broadcasts.

A Reddit user raises the possibility that it was a meteorite impact. Other also shared eclipse footage for evidence of the event. A flash is visible in at least three different videos.

The effect was authoritatively affirmed on Monday by José María Madiedo, an astronomer at the University of Huelva in Spain. Madiedo and his partners have been checking lunar eclipses for years with the MIDAS (Moon Impacts Detection and Analysis System) network of telescopes, explicitly searching for impacts.

Full Image and Crop. This is stretched since it was rather dark but I have raw sensor data + dark frames for this however no flats. There is mag 8.5 star HIP 39869 in upper left corner as brightness reference. pic.twitter.com/kxWJvZwRzG

However, the meteorite impact was seen many times before this, but not during the eclipse.

On this occasion, Madiedo doubled the number of telescopes trained on different parts of the moon – from four to eight – in the hope of seeing an impact. After the eclipse, the software automatically pinpointed a flash in imagery recorded by several of his telescopes. This helps them to confirm that the flashes seen by live stream-watchers were not just optical anomalies on camera sensors.

Madiedo said, “It was exciting. The flash was quite bright and it struck the moon at a moment when the eclipse was not overly luminous itself, perhaps making the strike easier to detect.”

Tough, scientists are yet to determine the size of the space rock that collided with the moon.

Robert Massey at the Royal Astronomical Society said, “The combination of a darkened surface and a lot of people watching made it much more likely that the flash of impact was seen – and it reminds us that the solar system is still a very dynamic place.”