Men Should Avoid Rock Music When Playing Board Games 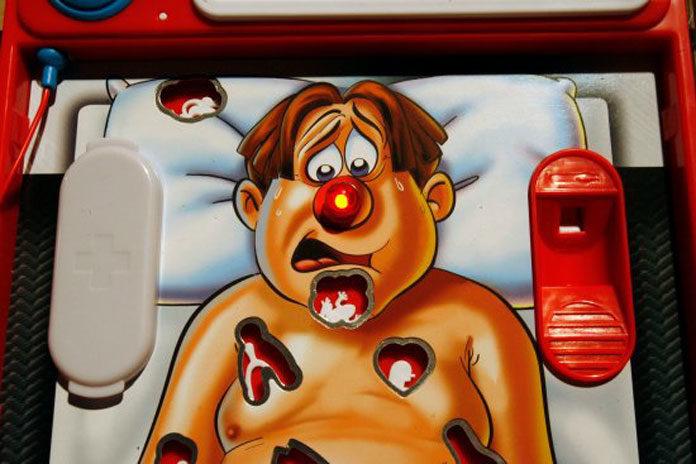 Almost every great man from history had favorite board games. Although, almost every man like to play the board games while listening to music. But, a new research suggests that a man should never play board games while listening to rock music. This new study was held by the scientists from Imperial College London in collaboration with the Royal College of Music. So, the study suggests that the classical music may be the best option for men when concentrating on a task.

Scientists invited 352 visitors at the Imperial Festival to play the game Operation while listening to music. So, researchers gave them headphones. In the game, visitors needs to remove body parts from a pretend patient Cavity Sam, whose nose flashes and buzzes if your tweezers touch the metal sides of the body.

Researchers gave the volunteers headphones that played one of three tracks. Those are Andante from Sonata for Two Pianos by Mozart, Thunderstruck by AC/DC, or the sound of an operating theater.

Then researchers calculated the time taken by volunteers to remove body parts. And thus, they found that the men listening to rock music took a long time and made more mistakes. An average, they made 36 mistakes and took 1 minute. At the same time, men who listened to the Sonata and operating theater noises made fewer mistakes and took less time.

In the case of women, women took longer to remove the body parts, but made fewer mistakes.

Scientists said, “We are not sure about why it affects men more than women. But, we can say, rock music causes more auditory stress.” (Auditory stress is a state triggered by loud or discordant music in men.)

Lead author Dr. Daisy Fancourt said, “Although this study is clearly tongue-in-cheek, and was all perform in our spare time. It is part of our wider research into the effect of music on performance particularly in a medical setting such as an operating theater.”

“Music reportedly plays up to 72 percent of the time in an operating theater. However, experts are divided on whether it has a beneficial effect. Some research, for instance, has found that Jamaican music and Hip-Hop increases operating speed and surgical instrument manipulation. However another study reported that one in four anesthetists, who are responsible for keeping patients sedated,” she explained.

Scientists even asked volunteers about their music taste. They found that Mozart only reduced the number of mistakes people made. But only in condition, if they reported high levels of appreciation for the Sonata they listened to.