A Key To Preventing Disruptive Behavior In Preschool Classrooms 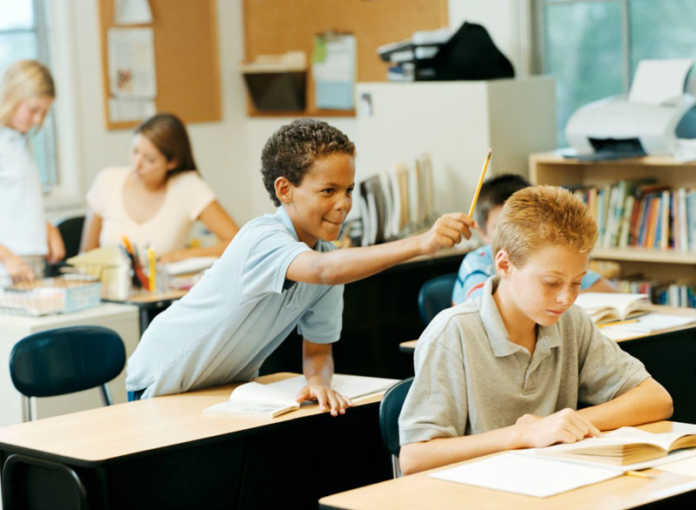 Disruptive Behavior involves behaviors that are readily seen such as temper tantrums, physical aggression. There are a variety of ways a student might behave in a disruptive manner. Various studies are going on to figure out the key to tackling such behavior. Likewise, a new study by the University of Virginia suggests that if the teacher spends extra time with children, it might help to reduce those disruptive behaviors.

Research suggests that if such children make a strong relationship with their teachers, they tend to show better social-emotional skills over time. Such children are more likely to have conflictual teacher-child interactions.

Lead author, Amanda Williford said, “This study shows that building a strong and supportive connection with a young child, where teachers get to know and accept the child for who they are, is important for children’s early success in school, especially for children who sometimes act out in the classroom.”

During the study, scientists involved 183 teachers and 470 children ages 3 to 5. They asked teachers to spend some time by playing with children. Teachers played with three children displaying disruptive behavior during the year

Scientists tested two methods of individual play. The play that focused on improving teacher-child interactions. And those are Banking Time and Child Time.

Banking time makes teachers allow children to lead the play by using specific techniques. For example, observing and commenting on children’s behaviors and feelings. Additionally, scientists asked teachers to use music from admiring behaviors by asking questions and teaching skills.

In banking time, children and teachers were busy in art projects. Teachers were so careful to allow the child decide what to do and to be in charge of the play. So,they sat behind and carefully observed how the children played, commented on what they were doing. They even conveyed children that they are there for them.

Williford said, “Interestingly, teachers using Banking Time are discouraged from engaging in some teacher-directive behaviors that are most often perceived as positive.”

During child time, scientists did not give any directions on how to and how long spend the time with children. In this session, teachers were much more likely to engage with children in early literacy or math activities or playing games of their choice.

By these sessions, scientists found that increasing the spending time with children can improve disruptive behavior. As compared to child time, teachers who played with children using Banking Time displayed lower negativity toward the disruptive children.

According to children’s parents, when teachers spend individual time with a child, this alone seems to improve children’s behavior.