Honey bee colonies are increasingly suffering from a viral disease 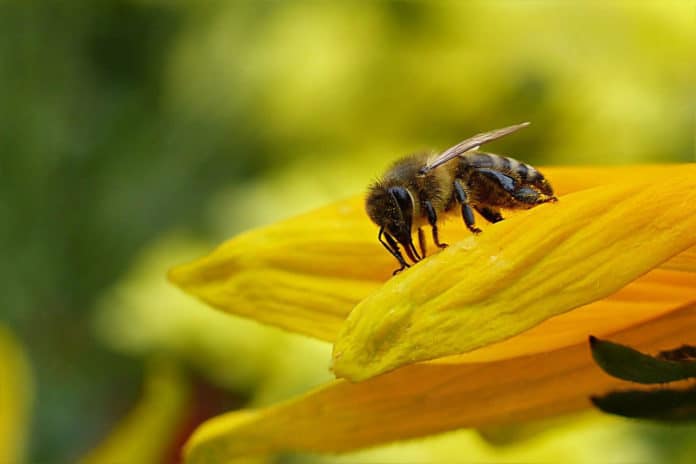 A new study by Newcastle University, UK, suggests that Honey bee colonies from across the UK are suffering from a disease called chronic bee paralysis.

The disease increased exponentially between 2007 and 2017, demonstrating chronic bee paralysis as an emergent disease.

Chronic bee paralysis is a well-defined viral disease of honey bees with a global distribution that until recently caused rare but severe symptomatology, including colony loss. The symptoms include abnormal trembling, an inability to fly, and the development of shiny, hairless abdomens.

It is caused by a virus known as chronic bee paralysis virus (CBPV), and infected bees die within a week. This leads to piles of dead bees just outside honey bee hives, and whole colonies are frequently lost to the disease.

For this study, scientists used government honey bee health inspection records from England and Wales to determine whether chronic bee paralysis is an emerging infectious disease and investigate the spatiotemporal patterns of disease.

Data collected from visits to over 24,000 beekeepers confirmed that while chronic bee paralysis was only recorded in Lincolnshire in 2007, a decade later, it was present in 39 of 47 English and six of eight Welsh counties. The scientists also found that clusters of chronic bee paralysis, where disease cases are found close together, were becoming more frequent.

Study lead, Professor Budge, from Newcastle University‘s School of Natural and Environmental Sciences, said: “Our analysis confirms that chronic bee paralysis has been emerging across England and Wales since 2007 and that apiaries owned by professional beekeepers are at greater risk of the disease.”

“We do not yet know why colonies of bee farmers are at increased risk from this damaging disease, but many management practices are known to differ significantly between amateur and professional apiarists.”

Scientists also determined whether disease risk was associated with honey bee queen imports. Using data from 130,000 honey bee imports from 25 countries, scientists have shown that the disease was nearly twice as likely in apiaries owned by beekeepers who imported honey bees.

In further studies, scientists will focus on the susceptibility of different honey bee races and comparing the management practices of professional and amateur beekeepers to help discover the reasons behind the current disease emergence.

This study was conducted in collaboration between Newcastle and St Andrews Universities, the Bee Farmers’ Association and the National Bee Unit of the Animal and Plant Health Agency with funding from the BBSRC, The researchers, highlight the need for further studies focussing on different virus genotypes, which will be completed at the University of St Andrews.

Study reveals what Bronze age daggers were used for

Scientists identified a genetic mechanism that can cause male infertility

Honeybees follow a social distancing protocol to protect themselves against parasites