An Industrial Designer in Austria, Kristof Retezar, makes a new device that can pull dampness from the air and abbreviate it into drinkable water. It is developed with the aim of to help people with clean drinking water more than 1 billion in water-scare areas. It is named as Fontus. Fontus is a self-filling water bottle that collects wetness from an air, condenses it and store it in the form of safe drinking water. It can collect up to 0.5 liters of water in an hour under the correct climate condition.

Retezar said, “My goal was to create a small, compact and self-sufficient device able to absorb humid air, separate water molecules and store water in the form of liquid.”

Fontus, a self-filling water bottle is currently getting crowd funding treatment to ease mass-production. It is being marketed as an exploit for cyclists who covers long distance and don’t have time to stop. Like that, it will also come with bike attachment, when it comes to the market to sell.

“This is simply the condensation of dampness contained in air. You always have a certain percentage of dampness in the air, it doesn’t matter where you are, whether it may be desert too. That means you would always potentially be able to pull out that dampness from the air.”
The device called fontus is made up of a solar panel, a condensing case line with hydrophobic surfaces and to keep dust, dirt and bugs out of the mix, it has a basic filter.
Retezar told, “Because they are hydrophobic, they immediately repel the condensed water that they created. So you get drop to flow into the bottle. It simply means, basically you are considering air in a vapor state and converting it into liquid.”

How does Self-filling Water bottle work?

To get condensation, one must cool hot, humid air down. The water bottle has a tiny cooler, ‘Peltier Element’, equipped in its centre. It is divided into two sides: When charged up by electricity, the upper side gets cools and the bottom side gets hot. The more you try to cool the hot downside, you will get the cooler upper side. Both two sides are separated and isolated from each other.

When moving forward with a bike, at the high-speed, the air enters into the bottom case and cools the hot downside.

Like that, when the air enters into upper case, it is being stopped by little walls (which is drilled non-linearly drilled) to reduce its speed to give air, time to lose its water molecules.
The condensing structure shows the largest apparent in smallest space as possible. This provides a big apparent for condensation to happen. And lastly, through a pipe, droplets flow into a bottle. 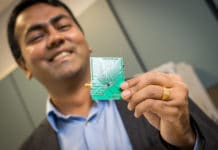 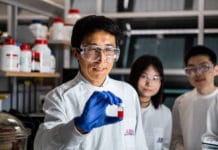 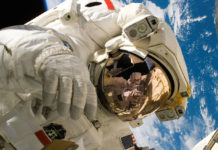 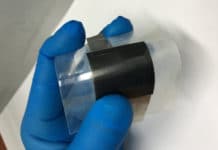 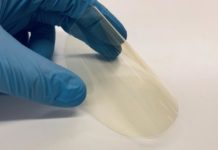 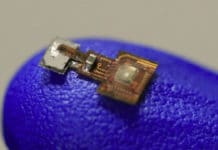