Extracting a richer palette of colors from black

A way to extract color from black. 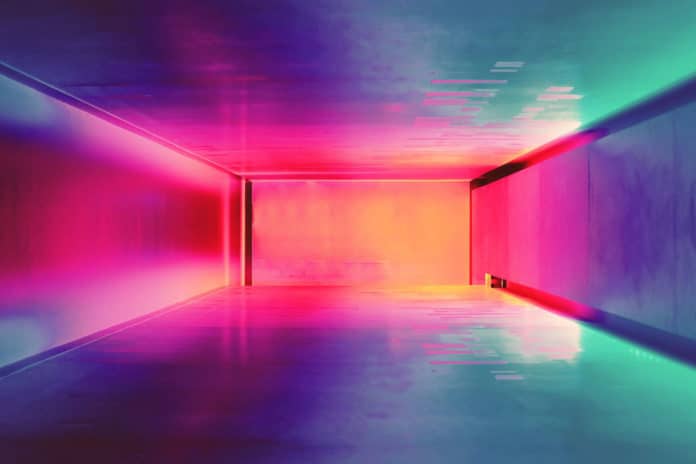 Disordered biostructures are pervasive, for the most part producing white or black colors because of their broadband optical response and robustness to perturbations.

The tunability of disordered systems with a broadband response has been scarcely explored.

Now, scientists at the University of Birmingham have discovered a way to extract a richer palette of colors from the available spectrum by harnessing disordered patterns inspired by nature that would typically be seen as black.

They discovered a way to control the way light passes through these disordered surfaces to produce vivid colors.

Scientists compared their method to the techniques that artists have been using for centuries. Among the most famous examples of this is the fourth-century Roman Lycurgus cup, made from glass that appears green when light shines on it from the front, but red when light shines through it from behind.

In this study, scientists finally determined the way of controlling this effect to produce extraordinarily precise color reproduction.

The different colors in the image are represented in various thicknesses of transparent material—such as glass—on a lithographic plate.

On this, the analysts saved the disordered layer—in this case, made of random clusters of gold nanoparticles. At last, underneath this layer, the team put a mirror to form a transparent cavity.

The cavity can trap particles of light, or photons, inside. The photons behave like waves inside the cavity, resonating at different frequencies beneath the lithographic surface and releasing different colors according to the length of each wave.

Using the technique, scientists were able to reproduce a Chinese watercolor painting with exquisite color accuracy.

Lead researcher, Professor Shuang Zhang, explains: “The different ways in which nature can produce color are fascinating. If we can harness them effectively, we can open up a treasure trove of richer, more vivid colors than we have yet seen.”

Co-author Dr. Changxu Liu adds: “In physics, we’re used to thinking that randomness in nanofabrication is bad, but here we show that randomness can lead to being superior to an ordered structure in some specific applications. Also, the light intensity within the random structures that we produced is powerful—we can use that in other areas of physics, such as new kinds of sensing technologies.”

The study was conducted in collaboration with colleagues at Ludwig Maximilian University of Munich, Germany, and Nanjing University in China.

Motivation depends upon the fluctuating rhythms of fatigue