Ever gone to put your keys in the fridge and the milk on the side? New research sheds light on why

The study shows for the first time that forming a strong mental image of a motor action can make a person involuntarily do it. 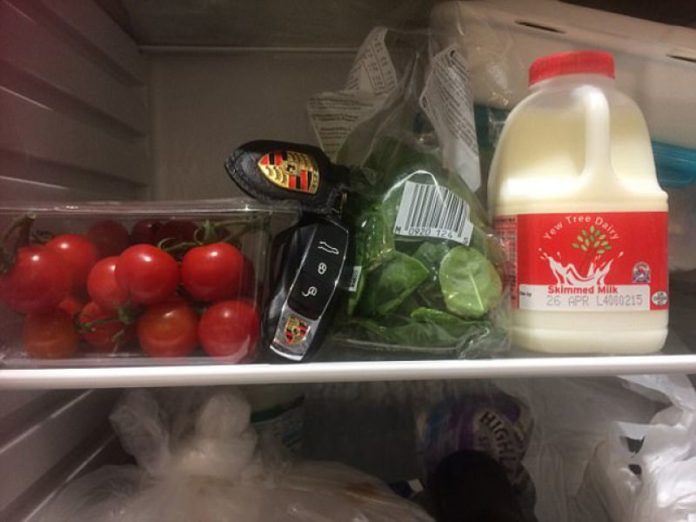 Many people will have experienced the frustration of putting their car keys in the fridge while leaving the milk out on the side. Undoubtedly, these accidents are not intentional.

A new study by the University of Plymouth sheds light on this and show that these errors occur on the grounds that individuals dependably control their activities through mental imagery. On the off chance that they, maybe without seeing, evoke a wrong mental image, a surprising activity may take after.

Through this study, scientists for the first time have shown for the 1st time how it is conceivable to bring about involuntary movements from individuals, just by giving them a sufficiently solid mental image of that development.

Scientists involved almost 32 volunteers in the study, where they were asked to envision playing out a basic finger-tapping design in time with a metronome, yet to keep totally still.

Occasionally, images of either the same or a different movement flashed up in front of them (e.g. a left or right finger keypress), which they were asked to ignore.

Strikingly, in these instances, participants could not follow the instructions to keep their fingers still. They sometimes executed the actions they were imagining; especially when the action they saw matched the action they imagined and would, therefore, strengthen it.

Ph.D. student James Colton said, “These findings are a step change for our understanding of how humans control their own actions, and why they sometimes fail to do so. They do not necessarily represent a form of ‘mind-control’, but show that our actions typically follow whatever we imagine.”

“This means that simply bringing up the correct mental image will make us act in the way we want. However, it also means though that when we accidentally picture other actions, such as during multitasking, it may cause us to act in a way we do not intend, and this may feel involuntary.”

“The findings also reveal links between the voluntary control of action and more mysterious ideomotor phenomena such as the use of an Ouija board. Ouija boards are revered by some for their ability to channel spirits from beyond the grave.”

“In fact, the participants are simply channeling their own thoughts by imagining what their friends and relatives might be saying in a conducive environment. As the famous psychologist/philosopher William James pointed out in 1890, such phenomena, therefore do not reflect ‘a curiosity’ but instead tap into the ‘normal process’ of intentional behavior.”