Cooling certain materials is the fastest way to heat them

The concept is similar to the Mpemba effect. 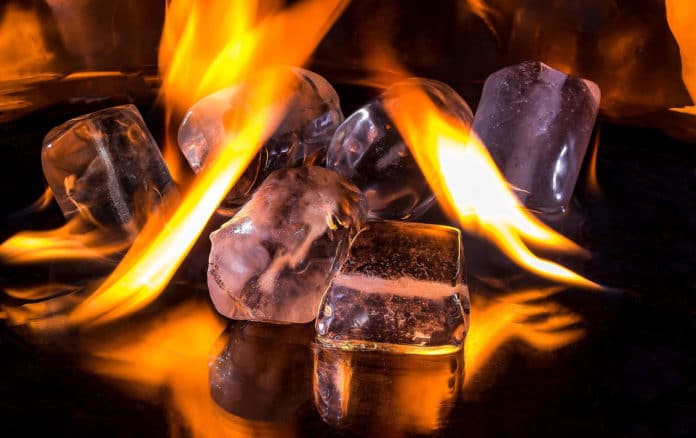 What is the fastest way to heat a system which is coupled to a temperature-controlled oven?

The obvious answer is to utilize just the hottest temperature accessible.

According to a new theoretical study, cooling, as the first step before heating, maybe the fastest way to warm up certain materials. Such precooling could lead in some cases to exponentially quicker heating.

The concept is similar to the Mpemba effect, a process in which hot water can freeze faster than cold water.

Scientists, despite everything, don’t concede to why the Mpemba impact occurs, and it isn’t very easy to repeat the effect reliably.

Physicist Andrés Santos of Universidad de Extremadura in Badajoz, Spain, said, “The new study is “a way of thinking of effects like the Mpemba effect from a different perspective.”

This potential for faster heating doesn’t apply to pizza slices, yet to specific simplified theoretical models of materials, which scientists use to make calculations that assist them in understanding real materials.

Physicists Amit Gal and Oren Raz of the Weizmann Institute of Science in Rehovot, Israel, considered a theoretical framework called the Ising model, a 2-D grid of atoms which have magnetic poles that point either up or down. Specifically, they considered a version of the Ising model in which neighboring atoms tended to point their poles in opposite directions, behavior which is called antiferromagnetic. In that framework, heating could occur faster after a pre-cooling phase.

Gal said, “For the new effect to occur, there must be some relevant property of the system other than a uniform temperature that is affected by the precooling. Otherwise, there’d be no difference between a system that had been precooled and rewarmed, and one that hadn’t. The temperature cannot tell the whole story.”

When it comes to the antiferromagnetic Ising model, Scientists considered the overall magnetization produced from all the atoms and also the number of magnets pointed in the opposite direction of their neighbors. Cooling the material could change the ratio between those two properties in a way that would allow heating to proceed more quickly.

Physicist Adolfo del Campo of the Donostia International Physics Center in Spain said, “The prospects are exciting. Scientists have been searching for ways to speed up the heating in tiny machines that follow the rules of quantum mechanics and can bypass some of the limits of standard machines (SN: 4/1/19). If the effect can be exploited in such minute machines, it would [be] quite handy.”

The study is published in the Physical Review Letters.

How liquids take up heat?

Hybrid solar converter generates both electricity and steam with 85% efficiency

Water-filled windows use water to heat and cool buildings

Heat energy can travel through a complete vacuum