Just being around your cellphone affects your thinking

A framework of trying to understand if technology, or media in general, are mirrors or modifiers of human behavior. 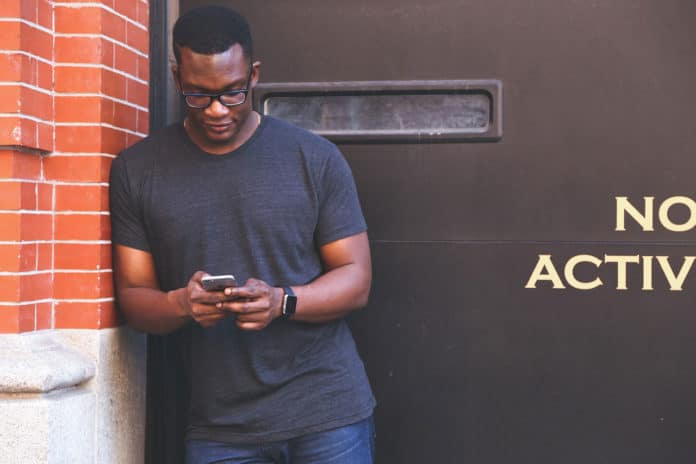 Mobile phones are central to social and professional life in the networked age. Despite the relevance and pervasiveness of the mobile phone in everyday settings, scientists around the world often debate the costs and benefits of using the device. Experiments and field studies find that the mobile phone can add social and psychological value to users.

Mobile phone use can also positively impact civic engagement at scale, as phones can be used to communicate with distant others that would have been otherwise impossible. On the other hand, some media theorists argue that mobile phone use may be problematic because such devices can negatively affect social and psychological well-being.

What happens to people’s brains and bodies when their phones are out of reach, or within reach but not usable?

A new study by Dave Markowitz, assistant professor in the School of Journalism and Communication, and colleagues sought to find out the impacts. They examined how subjects responded when exercising self-control with their phones.

A total of 125 participants were randomly assigned to sit in an unadorned room for six minutes and either (a) use their mobile phone, (b) sit alone with no phone, or (c) sit with their device but resist using it.

Markowitz said, “The surprising finding for me was the reduction in concentration difficulty when people had to resist using the phone.”

“One possible reason that resisting the phone led to perceived improvement concentration? Most people think phones are valuable, and seeing it in front of them, even though they could not use it, offering something to think about compared to sitting without their phone.”

“At least having it front of you was psychologically better than not having it all. Having some form of external stimulation, even if it wasn’t used, I think that can focus the mind a bit.”

“It suggests having the phone present is better than not, but what’s not clear is whether the phone is special, or if the participants would have reacted the same way with a book in front of them that they weren’t allowed to read or pick up.”

“The mind can wander and lose focus when you’re not given a thinking aid, which can be less psychologically positive for people.”

“The study also fits in a framework of trying to understand if technology, or media in general, are mirrors or modifiers of human behavior.”

The study is published in PLOS One, a peer-reviewed, open-access scientific journal.