Current shields that used to protect from gunfire are heavy and not as portable as they would like. So scientists wanted to create something that is lightweight and worked really well to protect them. 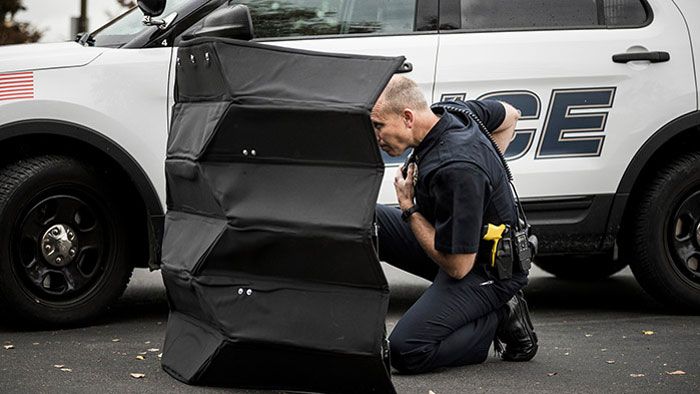 In collaboration with law enforcement, BYU scientists learned much of what is currently used hasn’t evolved much from medieval times: shields that are mostly flat, awkward plates that cover only one person.

Scientists build barrier using Yoshimura origami crease pattern to provide protection on the side and front side as well. The prototypes used in it are extremely stiff and protective. They also maintain flexibility like Kevlar fabric so they can be folded compactly. (Kevlar fabric is abrasion and sensitive to sunlight and water.) While testing, this bulletproof origami shield successfully stopped bullets from 9 mm, .357 Magnum, and .44 Magnum pistols.

A mechanical engineering professor at BYU, Larry Howell said, “Those are significant handguns with power. We suspected that something as large as a .44 Magnum would actually tip it over, but that didn’t happen. The barrier is very stable, even with large bullets hitting it.”

Terri Bateman, BYU adjunct professor of engineering and research team member said, “It goes from a very compact state that you can carry around in the trunk of a car to something you can take with you, open up and take cover behind to be safe from bullets. Then you can easily fold it up and move it if you need to advance your position.”

According to scientists, this bulletproof origami shield is useful for protecting children in a school or a wounded person in an emergency situation.