Keeps gut bacteria from moving into the bloodstream. 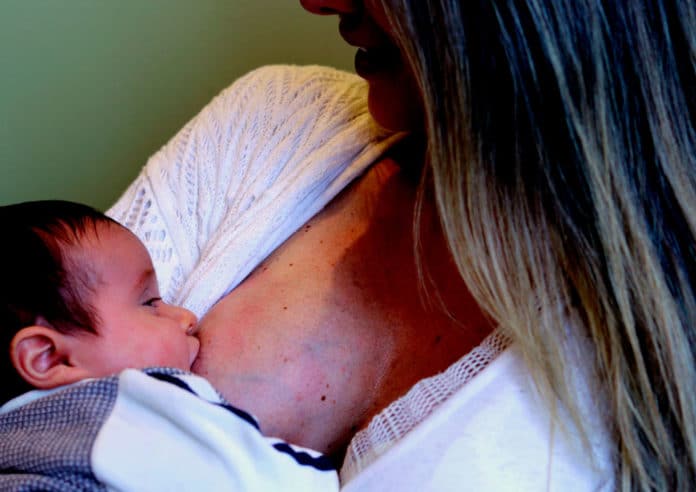 Late-onset sepsis (LOS) is a profoundly consequential complication of preterm birth and is defined by a positive blood culture got after 72 h age. The causative bacteria can be found in patients’ intestinal tracts days before dissemination, and cohort studies propose reduced LOS risk in breastfed preterm babies through unknown mechanisms.

A new study by the Washington University School of Medicine in St. Louis and Mayo Clinic in Rochester, Minn., scientists found that breast milk may help protect premature babies from developing sepsis. The molecule called epidermal growth factor in breast milk activates receptors on intestinal cells to keep dangerous gut bacteria from migrating into the bloodstream, where such microbes can prompt sepsis.

What’s more, breast milk with more elevated levels of this epidermal growth factor, particularly from the earliest days of lactation following birth, is best in keeping dangerous bacteria from getting into the bloodstream.

About 10% of infants born preterm experience late-onset sepsis, and 30% to 50% of those who develop the infections die. Much of the focus on preventing late-onset sepsis relies on improving aseptic techniques, such as making sure a baby’s skin is bacteria-free and that intravenous lines and other life-saving tubes don’t harbor potentially deadly bacteria.

Scientists were curious to know whether gut bacteria play a role in sepsis that develops in newborns, mainly when such microbes migrate into the bloodstream.

The culprits allowing the bacteria to move into the blood are intestinal cells called goblet cells. These cells secrete mucus to help prevent harmful bacteria from getting into the gut. Still, they also chaperone bacteria out of the gut, across the immature intestinal lining of a preemie. That scenario provides an entryway for sepsis-causing bacteria to gain access to the bloodstream.

Co-investigator Phillip I. Tarr, MD, the Melvin E. Carnahan Professor of Pediatrics and director of the Pediatric Division of Gastroenterology, Hepatology, and Nutrition, said, “The critical realization here is that bacteria from the gut can invade the bloodstream. Understanding how bacteria move from the gut into the blood allows us to do something about these infections. And the study suggests that breast milk, preferably a mother’s breast milk from her earliest days of breastfeeding, appears to be a very effective way to fend off these infections.”

In the study, specialists gave infant mice a solution containing Escherichia coli bacteria isolated from the bloodstream of a late-onset sepsis patient shortly after birth. The mouse pups then were nursed either by their mom or another mother who had given birth to pups at an earlier time, resulting in her breast milk containing lower amounts of epidermal growth factor.

The mice that developed blood infections were those breastfed by females that had been lactating for a longer time and, along these lines, had lower amounts of epidermal growth factor in their milk.

Kathryn A. Knoop, Ph.D., now an assistant professor of immunology at Mayo Clinic, said, “One of the big implications is not only the necessity of using breast milk to feed preemies whenever possible but milk with higher concentrations of epidermal growth factor.”

Senior author Rodney D. Newberry, MD, a Washington University gastroenterologist and professor of medicine, said, “It may be possible to add epidermal growth factor to donor breast milk or formula that has lower amounts of the important substance.”

“Frequently, donor milk is donated by women near the end of their lactation. But that milk may not be maximally beneficial to premature babies. We think it may be possible to increase the concentration of epidermal growth factor in the milk that lacks adequate amounts so that we can give that fortified milk to premature infants.”

The findings are published March 16 in the Proceedings of the National Academy of Sciences.

COVID-19 vaccination during pregnancy is not linked with preterm birth

Parents who were born premature likely to have children with autism