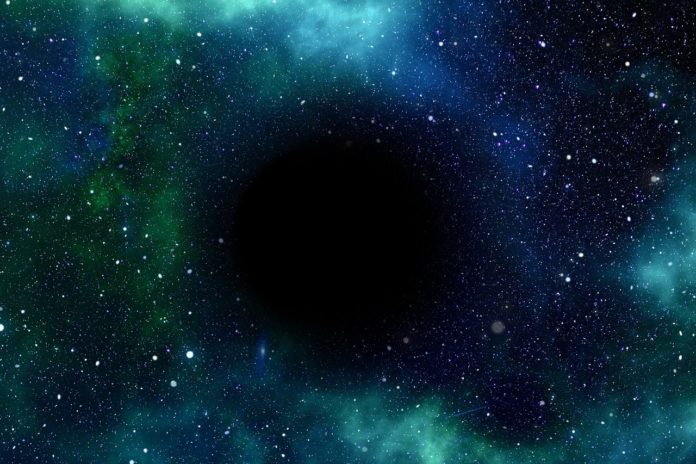 Most of the quantum theories suggest that black holes could be incredibly complex, and concentrate an enormous amount of information in two dimensions.

This idea lines up with Einstein’s theory of relativity, which portrays black holes as three dimensional, simple, circular, and smooth, as delineated in the first-historically speaking image of a black hole that coursed in 2019. In other words, black holes give off an impression of being three dimensional, much the same as holograms.

The new research comes out from SISSA, ICTP and INFN, suggests that black holes could be like holograms, in which all the information to produce a three-dimensional image is encoded in a two-dimensional surface.

Scientists noted, “This revolutionary and somewhat counterintuitive principle proposes that the behavior of gravity in a given region of space can alternatively be described in terms of a different system, which lives only along the edge of that region and therefore in one less dimension. And, more importantly, in this alternative description (called holographic), gravity does not appear explicitly. In other words, the holographic principle allows us to describe gravity using a language that does not contain gravity, thus avoiding friction with quantum mechanics.”

Scientists applied the theory of the holographic principle to black holes. Doing this also helps them understand their mysterious thermodynamic properties: Focusing on predicting that these bodies have high entropy and observing them in terms of quantum mechanics, you can describe them just like a hologram—they have two dimensions, in which gravity disappears. Still, they reproduce an object in three dimensions.

Scientists noted, “This study is only the first step toward a deeper understanding of these cosmic bodies and of the properties that characterize them when quantum mechanics crosses with general relativity.”

“Everything is more important now at a time when observations in astrophysics are experiencing an incredible development. Just think of the observation of gravitational waves from the fusion of black holes, the result of the collaboration between LIGO and Virgo, or indeed, that of the black hole made by the Event Horizon Telescope that produced this extraordinary image. Shortly, we may be able to test our theoretical predictions regarding quantum gravity, such as those made in this study, by observation. And this, from a scientific point of view, would be something exceptional.”