The precious chemistry of a plant used for 2,000 years in traditional Chinese medicine has been unlocked in a project that raises the prospect of rapid access to a wide array of therapeutic drugs. 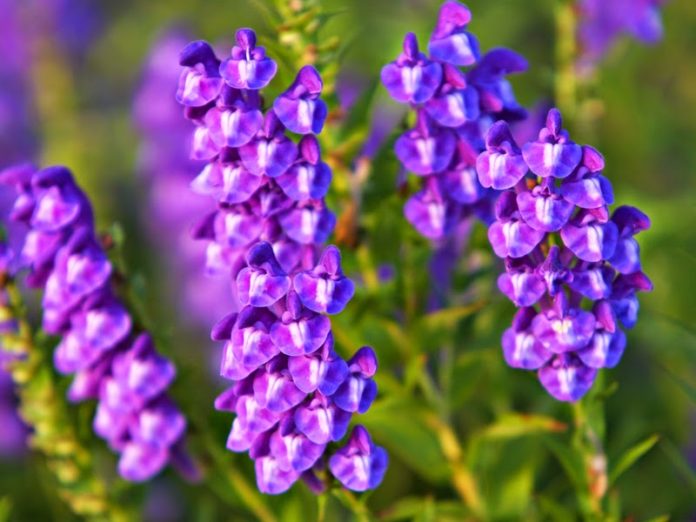 Chinese skullcap has been used in traditional Chinese medicine to treat allergies, infections, inflammation, cancer, and headaches. It may also have antifungal and antiviral effects.

Native to China, the skullcap is very bitter and has a cold energetic nature. In traditional Chinese Medicine, this plant was used (almost always in combination with other plants or foods), to clear heat, dry damp, drain fire, and resolve toxins.

Also known as Traditional Chinese Medicine (TCM), the plant is cultivated worldwide for its therapeutic properties. Despite the commercial interest and increasing demand for Scutellaria, improvements through breeding have been limited by a lack of genome information.

Now, in a new project by the Chinese Academy of Sciences and the John Innes Centre, scientists have uncovered the precious chemistry of a plant used for 2000 years in traditional Chinese medicine.

The fascinating is, the project has successfully delivered a high-quality reference genome of the mint-family member Scutellaria baicalensis Georgi.

Scientists took DNA from a single plant at the Shanghai Chenshan Botanical Garden and used a combination of sequencing strategies to assemble 93% of the genome organized into 9 subsets of information or “pseudo chromosomes.”

It suggests scientists can potentially identify the genes that produce a wealth of valuable compounds, and then turn them into drug candidates using metabolic engineering techniques in the lab. In addition, it provides a reference gateway for genetic exploration of other valuable members of the Lamiaceae or mint family.

Professor Cathie Martin of the John Innes Centre and one of the authors of the study said, “When I started getting the analysis back on the genome sequence it was like a revelation: it showed at a fundamental level how the pathway to valuable compounds evolved.”

“The sequence is so good that it can improve the understanding of all the other genome sequences in the mint family. This is a large family of plants that is hugely important in Traditional Chinese Medicine and flavorings.”

This examination features the present restoration in TCM following the honor of the Nobel Prize for Physiology and Medicine in 2015 to Professor You-you Tu for her disclosure of artemisinin as a broad spectrum anti-malarial from Artemesia annua (wormwood).

From that point forward, pharmacology has begun looking at the healing properties of preparations from plants recorded in the traditional texts, for example, Shennong Bencaojing (The Divine Farmer’s Materia Medica) composed somewhere in the range of 200 and 250 AD. Such preparations have as of late been accounted for as viable against an assortment of compliances including as complementary malignancy medications.

Work on the reference genome and sequences from individuals from a similar family has already started to convey significant data that could be connected to the advancement of more extensive scope of remedies.

Prof. Martin said, “This particular plant makes the bioactive compounds in the root, which means you have to wait three years for the plant to get big enough and of course in taking the root you destroy the plant.”

“We’ve screened some members of the same family that make similar compounds in the leaves which means you could get more sustainable therapeutics taken in a different way.”

The sequencing project outlined in the journal Molecular Plant.