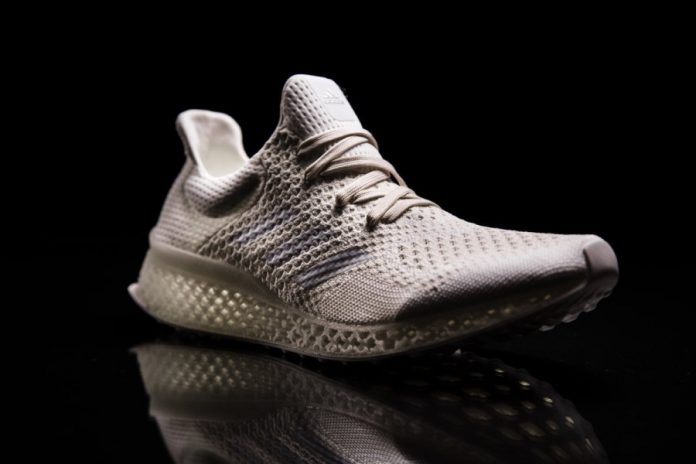 Adidas has created the future of performance footwear with 3D Futurecraft; a unique 3D printed running shoe midsole that can be tailored to the cushioning needs of an individual’s foot. Rather than printing an entire shoe, a step that requires some developments in material printing technology, they print the midsole.

They have just dubbed this insert the Futurecraft 3D. By inviting an athlete into the run on a treadmill wired to track pressure points, curves, and impact points made while running, the current prototype of Futurecraft was created. They have designed the best midsole for that particular pair of feet from that data. After that, they printed the midsole for immediate insertion into athlete shoes.

Adidas plans to offer the same service and delivery model in stores once Futurecraft 3D sees the full release, likely phased at the beginning with significant and major market locations. Various athletic sports giants, like Nike, Adidas, and different high-fashioned brands, have been flirting with 3D manufacturing for the last two to three years.

For brands, it shows a chance to cut several steps out of a complex, expensive, and sometimes ethically questionable supply chain. For the consumer, this is an opportunity to wear custom-fitted shoes at the raise-off price point.

The Futurecraft 3D prototypes are limited in production. They are in testing. Adidas promised to reveal more about this and similar projects over the next sixth months.

Eric Liedtke, Executive Board Member of Adidas AG, said, “Futurecraft 3D is a prototype and a statement of intent. We have used a one of its kind combination of process and material in an entirely new way. Our 3D printed midsole allows us to make a great running shoe and use performance data to drive the need for an athlete.”

Futurecraft 3D is materialized and assisted Adidas with generating a lightweight structure. The 3D printed midsole will keep the shoe at a comfortable weight. The engineering team at materializing worked with three magic STL to create the structure by improving midsoles flexibility without compromising on rigidness and strength.

Then midsole was laser sintered in TPU (the first durable, entirely- flexible 3D printing material to be used in a consumer product through the materialize-certified manufacturing process.

To provide the ultimate personalized experience for all athletes, Adidas created a unique combination of material and process; this production will take the running shoe standard to the next level by offering unprecedented individualized support and cushioning for every foot to enable athletes to perform at their best.

Walking into an Adidas store, running briefly on a treadmill, and instantly getting 3D printed running shoes is the aim of Adidas 3D printed Futurecraft.