This year, the annual ozone hole reached its peak area at 24.8 million square kilometers (9.6 million square miles)—roughly the size of North America. Scientists from NASA and NOAA reported that a colder than usual Southern Hemisphere winter led to a deep and larger-than-average ozone hole in 2021.

This year brought the 13th- largest ozone hole since 1979. The animation shows the evolution of ozone over the South Pole between January 1 and October 7, 2021.

The animation showing the ozone losses that were moderate (Orange) in late August became more potent (red) and widespread through September. Colder-than-average temperatures and strong winds in the stratosphere circling Antarctica contributed to its size.

While the 2021 Antarctic ozone hole is larger than average, it is substantially smaller than those in the late 1990s and early 2000s. Thanks to the Montreal Protocol and subsequent amendments banning chlorofluorocarbons, or CFCs.

Paul Newman, chief scientist for Earth sciences at NASA’s Goddard Space Flight Center, said, “This is a large ozone hole because of the colder-than-average 2021 stratospheric conditions, and without a Montreal Protocol, it would have been much larger.”

Scientists also tracked the average amount of ozone depletion—how little ozone is left inside the hole. They recorded the layer’s thickness by releasing weather balloons carrying ozonesondes and making ground-based measurements with a Dobson spectrophotometer.

They recorded a total-column ozone concentration of 102 Dobson units. 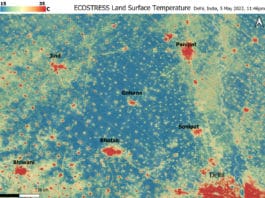 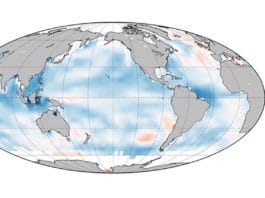 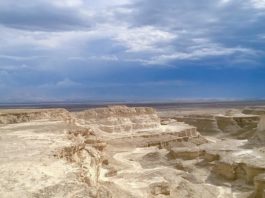