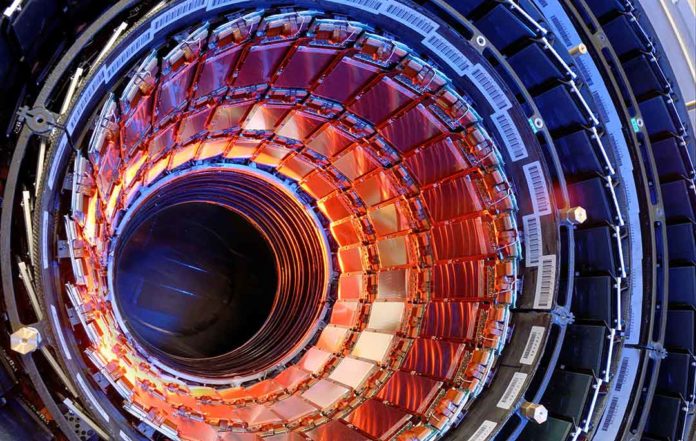 Researchers working on the Circular Electron-Positron Collider (CEPC), an arranged cutting-edge particle collider in China, discharged its Conceptual Design Report (CDR) on Nov. 14 in Beijing. The report contains technical details regarding the accelerator (Volume I) and the Physics & Detector (Volume II) of the project.

It also designs in extraordinary detail the structure choices of the future collider, which would both supplement and go past the physics of the Large Hadron Collider at CERN. The report outlines the work achieved in the previous six years by a great many researchers and designers both in China and abroad.

Volume I of the report covers the design of the accelerator complex including the linear accelerator, the damp ring, the booster, and the collider. In addition, it describes the cryogenic system, civil engineering, radiation protection, and auxiliary facilities. It also discusses the option to upgrade to a Super Proton Collider (SppC).

Volume II presents the physics case for the CEPC, describes the detector concepts and their technological options, highlights the expected detector and physics performance, and discusses future plans for detector R&D and physics investigations.

Prof. GAO Yuanning of Peking University and chair of the CEPC Institutional Board said, “The CDR signifies that we have completed the basic design of the accelerator, detector and civil engineering for the whole project. Now our next step will focus on the R&D of key technologies and prototypes for the CEPC.”

Prof. George Wei-Shu Hou of National Taiwan University said, “(CDR) has built the foundation for TDR (Technical Design Report) and engineering design as the next step, and a realistic timeline for construction.”

A five-year R&D period (2018-2022) will go before the development. Amid this period, models of key specialized segments will be constructed and the foundation will be set up to help the assembling of countless parts.

Construction is expected to start in 2022 and be completed in 2030. According to the tentative operational plan, the CEPC will run for seven years as a Higgs factory, followed by two years as a Z factory and one year at the WW threshold. The SppC era could begin following the completion of the CEPC operation.