The firenado was formed in much the same way as a regular tornado. 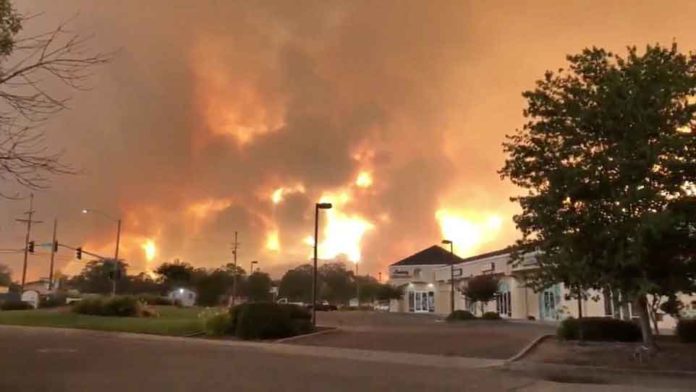 The 2018 wildfire season is the most destructive wildfire season on record in California, with a total of 7,983 fires burning an area of 1,824,505 acres (738,351 ha), the largest amount of burned acreage recorded in a fire season, according to the California Department of Forestry and Fire Protection (Cal Fire).

Now, a new study has found the cause of the fire. The study suggests a rare fire tornado that raged during this summer’s deadly Carr Fire in Northern California was created by a combination of scorching weather, erratic winds and an ice-topped cloud that towered miles into the atmosphere.

The churning funnel of smoke and flame killed a firefighter as it exploded in what already was a vast and devastating wildfire in July on the edge of Redding, about 250 miles (400 kilometers) north of San Francisco.

The wildfire claimed eight lives and destroyed more than 1,000 homes before it was contained on Aug. 30.

The study used satellite data and radar data to show how a monstrous “firenado” the size of three football fields developed on July 26.

Neil Lareau of the University of Nevada, Reno said, “This paints a clear picture of the sequence of events leading to the vortex development and intensification.”

Other factors included record high temperatures, low humidity, and a “near-surface cyclonic wind shear zone. A wind shear occurs when the wind speed or direction suddenly changes so that the wind actually is blowing in two opposite directions.