A new understanding of how tardigrades are protected in extreme conditions

Researchers discover that a protein in tiny tardigrades binds and forms a protective cloud against extreme survival threats such as radiation damage.

Just 0.04 inches (1 millimeter) long (or less), their little bodies contain biological superpowers that help them withstand conditions. But how do they can withstand extreme temperatures?

To know the answer, scientists at the University of California San Diego have utilized a variety of biochemical methods to explore the mechanisms underlying the survivability of tardigrades in the extremes.

In the previous study, scientists identified Dsup (Damage suppression protein), a protein that is found only in tardigrades. When testes these proteins on humans, scientists found that the proteins can protect them from X-rays.

Through biochemical analysis, the UC San Diego team discovered that Dsup binds to chromatin, which is the form of DNA inside cells. Once bound to chromatin, Dsup protects cells by forming a protective cloud that shields DNA from hydroxyl radicals, which are produced by X-rays. 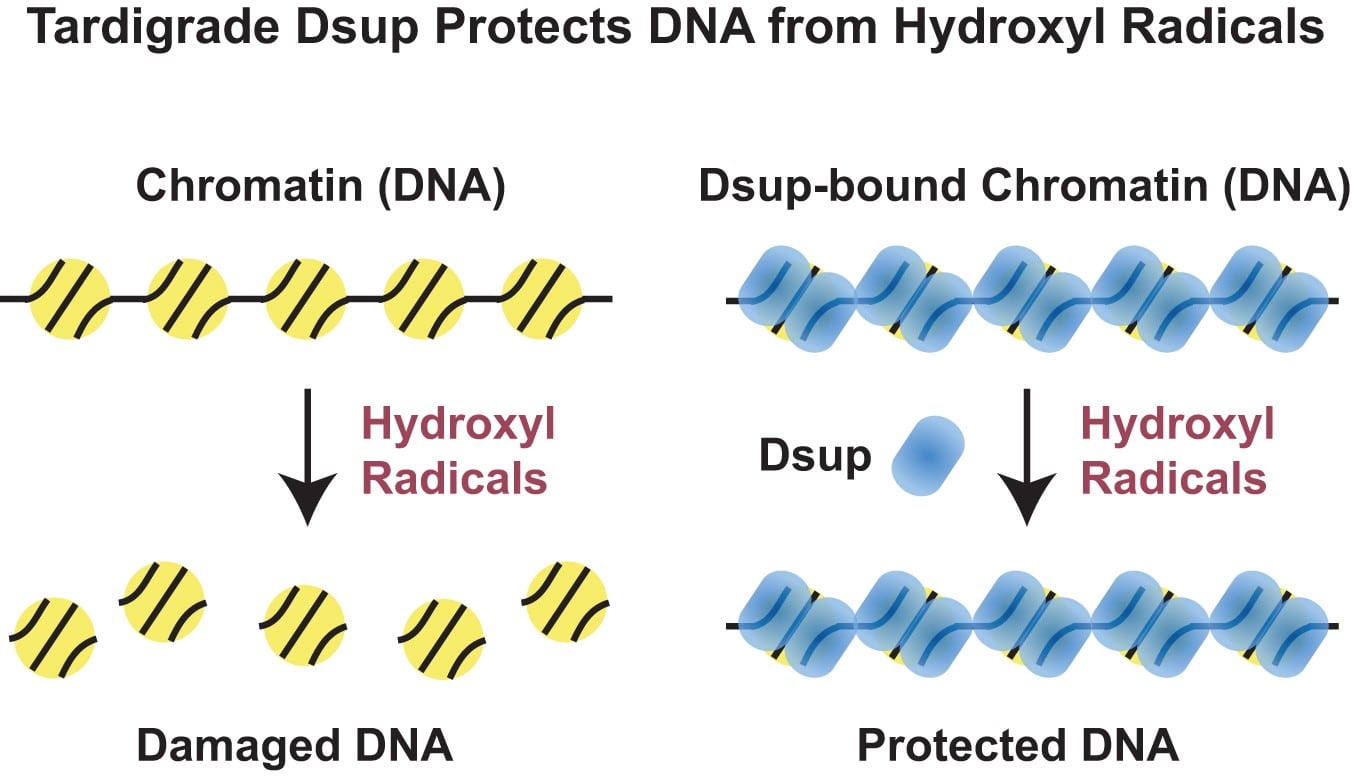 James T. Kadonaga (distinguished professor) of UC San Diego’s Division of Biological Sciences said, “We now have a molecular explanation for how Dsup protects cells from X-ray irradiation. We see that it has two parts, one-piece that binds to chromatin and the rest of it forming a kind of cloud that protects the DNA from hydroxyl radicals.”

According to Kadonaga, this protection was explicitly meant to shield against radiation. Instead, it’s probably a survival mechanism against hydroxyl radicals in the mossy environments that many terrestrial tardigrades inhabit. When the moss dries up, tardigrades shift into a dormant state of dehydration, or “anhydrobiosis,” during which Dsup protection should help them survive.

Scientists noted, “In theory, it seems possible that optimized versions of Dsup could be designed for the protection of DNA in many different types of cells. Dsup might thus be used in a range of applications, such as cell-based therapies and diagnostic kits, in which increased cell survival is beneficial.”

Their findings are published in the journal eLife on Oct. 1, 2019.