Mystery in the world’s most expensive painting has been solved 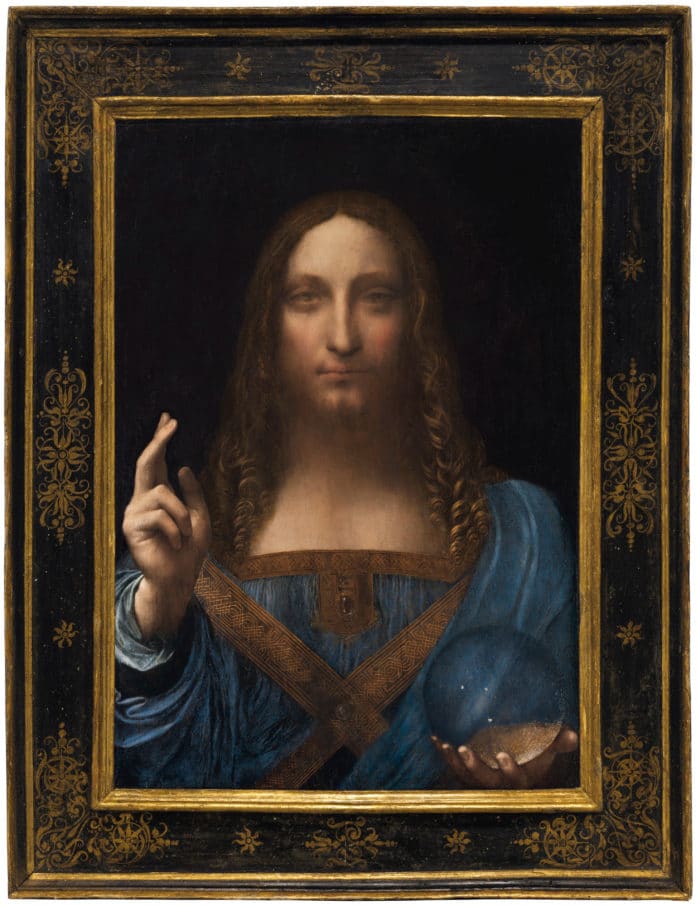 The world’s most expensive painting- Salvator Mundi- painted by Leonardo da Vinci depicts Jesus in Renaissance dress, making the sign of the cross with his right hand, while holding a transparent, non-refracting crystal orb in his left, signaling his role as Salvator Mundi and representing the ‘celestial sphere’ of the heavens.

As experts suggest, Da Vinci painted the painting when he was studying optics. Several centuries-old, it was rediscovered, restored, and authenticated only recently.

Since its rediscovery, a debate has arisen as to whether the translucent orb in the painting was rendered accurately.

Some suggest that it was solid crystal, while others theorize that it was hollow because of its apparent lack of background distortion and its three white spots.

In a new study, computer scientists from the University of California, Irvine studied the optical accuracy of the Salvator Mundi and solved the mystery. They created a virtual copy of Salvator Mundi to understand better what the artist ‘had in mind.’

For this, they used physically based rendering, a sophisticated computer graphics tool that produces optically accurate images by simulating light transport in virtual scenes. They also applied optics to infer scene information from painting. This created a virtual model of the composition centered on the translucent orb.

By synthesizing images under configurations that vary illuminations and orb material properties, scientists tested whether it is optically conceivable to create an image that renders the orb likewise to how it appears in the painting.

As noted by others, a solid orb bends light as a convex lens would, which would invert and magnify the image of the robe behind the orb. This effect persists regardless of the orb’s material. A hollow orb, in contrast, does not cause such distortion.

Based on this comparison, it was clear that the orb was indeed hollow.

How such an orb alters the shape of lines on the boundary?

In the painting, Christ’s robes are folded so that five lines appear to pass behind the orb. However, four of the tracks have a fan-like arrangement that converges at the orb’s center. Consequently, there is no discontinuity visible in the reconstructed image or the original.

However, the fifth fold does not follow this pattern, and the reconstructed image shows a clear discontinuity. This part in the painting is blurred, and that’s where the folds enter the orb. Meanwhile, Leonardo Da Vinci was aware that a hollow sphere distorts straight lines that pass behind it.

Scientists further explored the orb’s thickness and found that the orb could be 1.3 mm in thickness.

Stray dogs have the natural ability to understand human gestures, and respond to some cues better than the others.
Read more