Modifications in school bag can reduce load for children 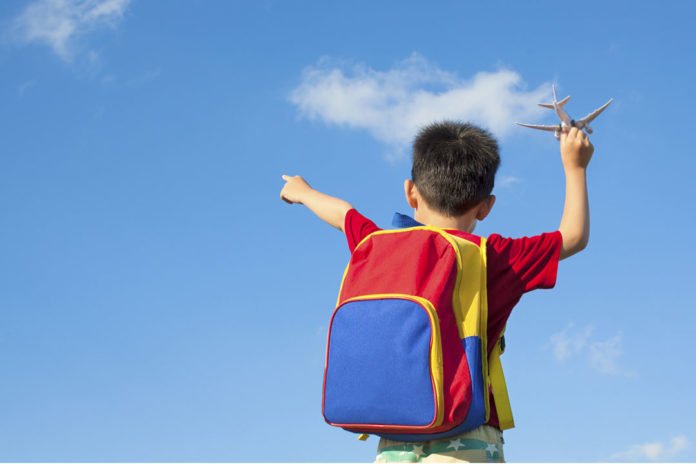 Heavy school bags are always a problem for school children. A group of Indian researchers has now redesigned school bag pack so that it can reduce the load on spine and shoulders of children.

In the modified design, heavier books can be placed closer to the spine and lighter one away from it. Shoulder straps of the bag pack have been adjusted to the extent where the tip of the backpack is positioned at two centimeters above the waistline of the bag holder.

“We have incorporated an internal frame to reduce the load from spine and shoulders and distribute it to the pelvic region. The new design will also distribute the load evenly to torso,” said Ishant Gupta, lead researcher from the Center of Excellence in Industrial and Product Design at the PEC University of Technology, while speaking with India Science Wire.

Earlier studies have proved that there is a direct relationship between energy expenditure and trunk forward lean. Traditional school bags place the backpack load closer to the body’s center of mass, resulting in changes in gait as well as energy expenditure. While carrying such backpacks the body leans in an anterior forward direction where it has to balance upper body, head, skull and weight of the bag. In the new design, the spine doesn’t have to balance upper body weight which means less energy is needed.

The gain in energy expenditure was the highest when children carried loads of 30 percent of their body weight. Students carrying modified backpacks with 30 percent bodyweight loads were found to have reduced energy expenditure that was 6.7 calories per minute whereas it was 8.4 calories per minute with the existing bags. The trunk angle was also found to reduce from 8.7 degrees with existing backpacks with 30 percent bodyweight loads to 6.2 degrees with the modified backpacks.

“The researchers have considered several parameters while studying the backpack weight. It is important to ensure that users know how to pack their bags in a correct manner. Normally the bag weight should never exceed 15% of body weight in children. Heavier bags can lead to postural problems,” commented Dr. Davinder Singh, professor of orthopedics at Safdargunj Hospital, New Delhi.

The erect posture, natural gait patterns and reduction in energy consumption supported by the modified backpacks may thus reduce the causes of back pain and fatigue among school children, researchers said. The study has been published in journal Current Science. The research team included Ishant Gupta and Parveen Kalra (PEC University of Technology) and Rauf Iqbal (National Institute of Industrial Engineering, Mumbai).