Millet pasta anyone? It may be healthier option 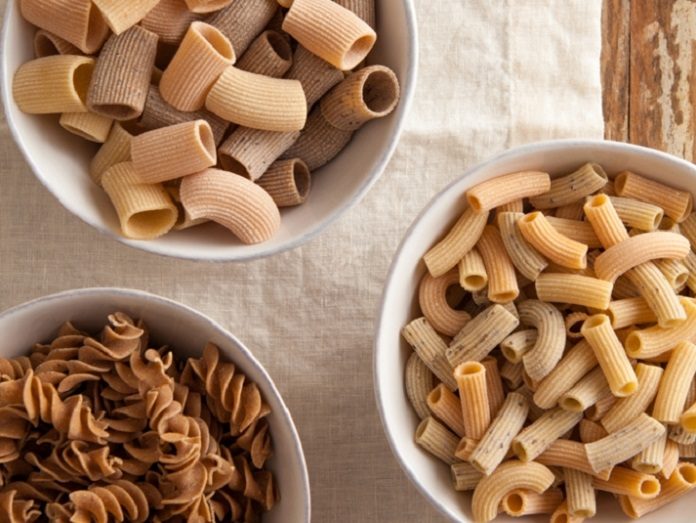 Pasta made from pearl millet or bajra may be a healthier alternative to wheat pasta, suggests a new study.

Results of the study, published in journal Current Science, also show that pasta made from millet and Wheat-millet combination was healthier than pasta made only from wheat.

In the study, the pigment responsible for the color of millet was removed by soaking the grains in diluted hydrochloric acid, which is commonly used in the food industry. The grey color is due to polyphenols which are sensitive to low pH. Soaking the grains in acid solution leaches out pigments and improves the color.

The study also compared millet in its original form and after removing the color to see if benefits were reduced in any way. Four kinds of pasta were made—wheat, millet grain, depigmented millet grain and Wheat-millet combination. The grains were all of the same size and were compared for their nutritional value, cooking qualities, texture, and visual appeal.

It was found that the amount of protein, fat and mineral content of pearl millet pasta was higher than that of pasta prepared using wheat only. However, cooking properties and texture were better in wheat pasta than others. This is because wheat contains gluten which keeps the pasta together resulting in better consistency and reduced losses during cooking.

Dipping pearl millet grains in acidic solutions like tamarind pods, vinegar or sour milk decreased the grey color of the grain faster. However, it also tends to drain out proteins. The heat used during processing tends to break down larger proteins into smaller substances. Though the protein content is higher in grey-colored natural millet, depigmented millet is also nutritious because certain anti-nutrients (substances that interfere with the body’s ability to digest proteins and reduce the availability of minerals and carbohydrates) get removed during soaking and processing of natural millet.

Cooking and texture properties such as hardness, sticking together, springiness and chewiness of pasta were not affected by removing the color. The color of pasta after removal of the pigment was as good as pasta made using refined flour.

The study has been done by Kirti Jalgaonkar and Manoj Kumar Mahawar from the Central Institute of Post-Harvest Engineering and Technology, Abohar; and S. K. Jha (Indian Agricultural Research Institute, New Delhi).