Leonardo da Vinci may have suffered nerve damage in a fall, impeding his ability to paint in later life. 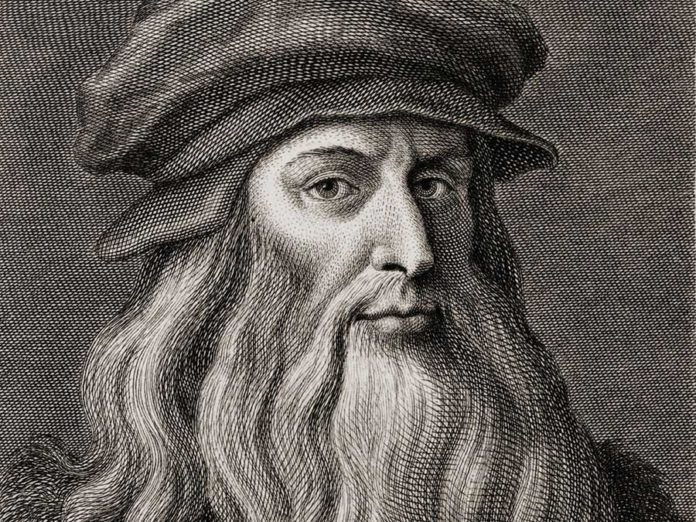 Leonardo da Vinci (1452-1519) was a painter, architect, inventor, and student of all things scientific. Best known for his paintings including two paintings that remain among the world’s most famous Mona Lisa and the Last Supper, Leonardo Da Vinci was indisputably connected with science and nature.

One of the most fascinating and controversial thing for art historians is his handedness. There is even some evidence that left-handed poster boy Leonardo da Vinci may not have been naturally left-handed. He clearly did use his left hand to draw and paint with: there seems little doubt about that.

Now, a new analysis of 16th-century drawing by Italian doctors suggests that a fainting episode causing traumatic nerve damage affecting his right hand could be why Leonardo da Vinci’s painting skills were hampered in his late career. Doctors observed a portrait of da Vinci drawn with red chalk attributed to 16th-century Lombard artist Giovan Ambrogio Figino*. The drawing is a rare rendering of da Vinci’s right arm in folds of clothing as if it was a bandage, with his right hand suspended in a stiff, contracted position.

Dr. Davide Lazzeri, a specialist in plastic reconstructive and aesthetic surgery at the Villa Salaria Clinic in Rome said, “Rather than depicting the typical clenched hand seen in post-stroke muscular spasticity, the picture suggests an alternative diagnosis such as ulnar palsy, commonly known as claw hand. A syncope, or faint, is more likely to have taken place than a stroke, during which da Vinci might have sustained acute trauma of his right upper limb, developing ulnar palsy. The ulnar nerve runs from the shoulder to little finger and manages almost all the intrinsic hand muscles that allow fine motor movements.”

“While an acute cardiovascular event may have been the cause of da Vinci’s death, his hand impairment was not associated with cognitive decline or further motor impairment, meaning a stroke was unlikely. This may explain why he left numerous paintings incomplete, including the Mona Lisa, during the last five years of his career as a painter while he continued teaching and drawing.”

The study is published in the journal of the Royal Society of Medicine.