Vikram had a hard landing. 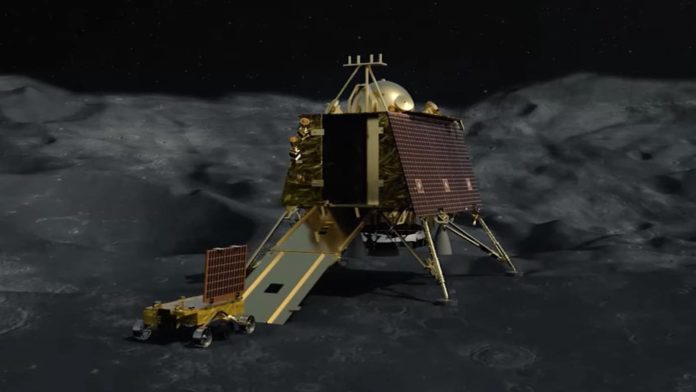 India has finally revealed that the Chandrayaan-2 Vikram lander crashed during its first attempt to land on the moon in September. Until now, the India Space Research Organisation had disclosed only that it had lost contact with the Lander. But now, in a new report, the Indian government’s Department of Space said that the Vikram craft “hard landed” on the moon because of a problem with its braking thrusters.

“The Lander ‘Vikram’ was separated, as planned, from the Orbiter on 2nd September 2019. After two successful de-orbiting maneuvers, powered descent of the Lander was initiated on 7th September 2019 to achieve a soft landing on the moon surface,” according to a written response to the Lok Sabha.

In a written reply, Jitendra Singh, the minister of state for the Department of Space, said the first phase of descent was performed nominally from an altitude of 30 km to 7.4 km above the moon’s surface, and velocity was reduced from 1,683 meters per second to 146 meters per second. During the second phase, the velocity reduction was greater than the designed value. Due to which, Vikram Lander made a hard landing in a radius of 500 meters. The velocity that was set for the landing did not match the parameter.

However, he also said that the rest of the components of the technology demonstration, including the launch, orbital critical maneuvers, lander separation, de-boost, and rough braking phase, were successfully accomplished.

The mission life of the obiter has increased by seven years due to the precise launch and skill of the Orbiter. All eight state-of-the-art scientific instruments of the Orbiter are working according to design. They are still functioning and providing valuable scientific data.

ISRO is planning to launch Chandrayaan-3, possibly in November next year.

Chandrayaan-2 captured 3D image of the crater on the moon

ISRO locates Vikram lander on Moon, but no contact yet