Astronomers are all set to make a “groundbreaking” black hole announcement 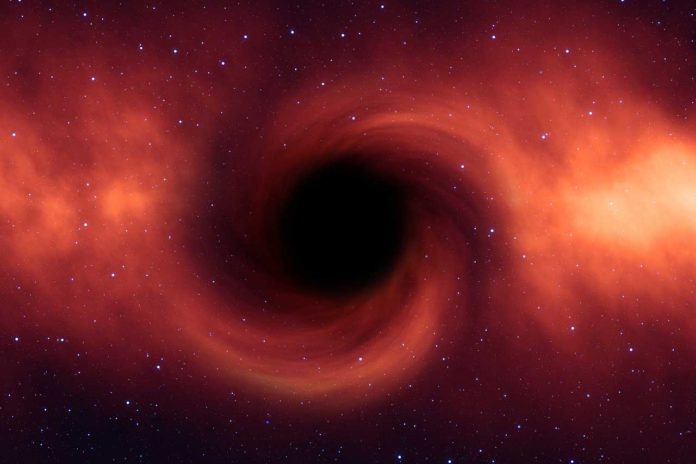 Literally, black holes are invisible space- they absorb all the electromagnetic radiations. Their immense gravity sucks in any surrounding matter including light that falls within their grasp. And once something falls in, it can never escape. That makes it entirely impossible to actually see a black hole right now. While scientists know they exist, astronomers have never actually photographed one until now.

The European Southern Observatory is about to make a huge announcement next week. The European Commission, European Research Council, and the international team behind the Event Horizon Telescope (EHT) project are gearing up for this ‘groundbreaking’ announcement on April 10 at 15:00 CEST (13:00 UTC, 9:00 EST).

The report suggests that the world is about to finally see the first ever photo of a black hole‘s event horizon. According to the advance statement, the researchers will be discussing the “first result from the Event Horizon Telescope.”

This could be one of the biggest scientific discoveries of the year- humans, for the first time, may be able to “see” the black hole at the center of the Milky Way galaxy or the one of our close cosmic neighbor, Messier 87.

Over the past 13 years, the Event Horizon Telescope (which is actually a network of radio observatories across the planet) has been trying to image two black holes: Sagittarius A*, at the center of the Milky Way, and the black hole at the center of Messier 87, a nearby elliptical galaxy. The observatories around the world focus on the locations of the black hole and individually capture the radio signals emitted by the ‘event horizon’.

Now, something is finally ready! The historic event is going to stream on YouTube.

That’s no certainty, but given that the media advisory suggests a “groundbreaking result” that will be simultaneously streamed in six different locations and four different languages around the world, there’s a reason to be excited.

The excitement is growing about the series of the press conference, as they could well announce a photograph-breaking the new ground in our understanding of the universe.