Study found the association between income inequality and French kissing

The environment we live in is related to differences in this particular form of romantic intimacy. 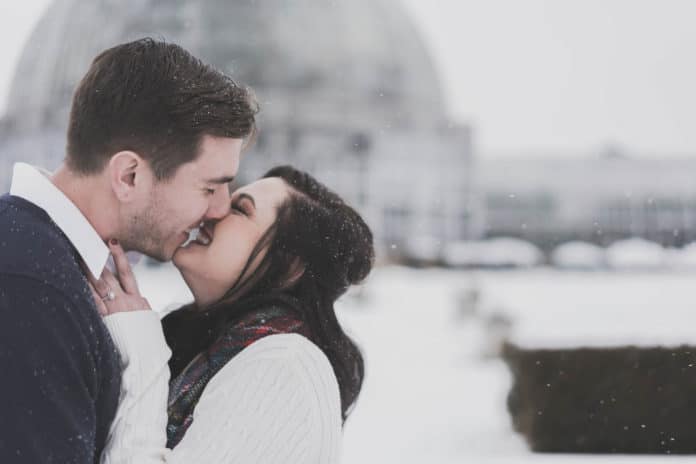 Based on the data from 2,300 participants from 13 different countries across six continents, scientists determined that income inequality may be linked to how often people French kiss.

During the study, participants needed to answer a range of questions, including how often the French kissed their partner and how important they thought to kiss was.

Participants from the less equal nations reported that they kissed their partners more often. This correlation did not extend to other forms of intimacy, such as hugging and sexual intercourse.

Lead researcher Dr. Christopher Watkins, from Abertay’s Division of Psychology, said: “The results of this research suggest that the environment we live in is related to differences in this particular form of romantic intimacy.”

“French kissing has been shown by others to be related to the quality of a romantic relationship, and our data suggest that we do this more in environments where we have less to fall back on, where a gesture which shows commitment to a relationship would be of more excellent value.”

“Another interesting factor is that, across the nations surveyed, kissing was considered more important at the established phase of a relationship compared to the initial stages of romantic attraction.”

The study also discovered differences in opinion between men and women on the importance of kissing, and about what makes a good kiss.

A good kiss consisted of two components—sensory factors such as pleasantness of body odor and breath and technique, contact, and arousal.

Dr. Watkins added: “What’s particularly captivating about the data is that it complements large-scale research in very foreign cultures looking at the existence of romantic mouth-to-mouth kissing.“

“Kissing isn’t always present in these cultures, and whether it is or is not is connected to how resources are shared in that society.“

“Further work could examine regional differences in kissing and romantic intimacy or the importance of the senses in close interactions among couples using similar logic to the current research.”