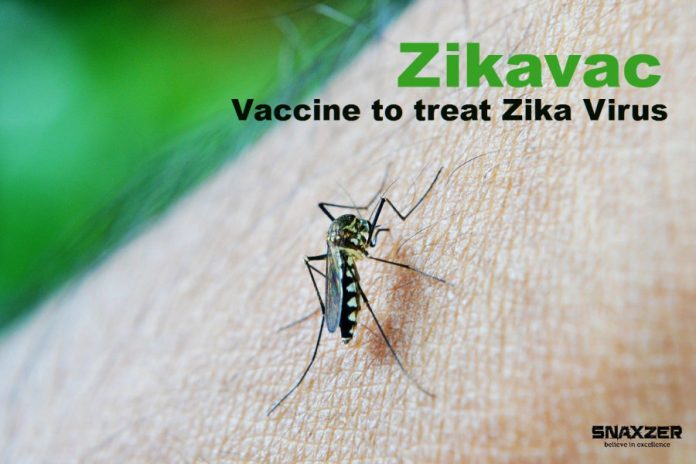 Hey readers, in the previous article, I introduced you to Zika Virus, which leads to Microcephaly, a serious condition that may cause congenital disabilities in newly born. This Zika Virus is already spread to more than 23 countries over the world. No vaccines have been developed so far. But, now I have good news for you. The vaccine to treat Zika has been developed. Scientists from Bharat Biotech Ltd, a scientific lab based in Hyderabad, discovered ‘Zikavac,’ the world’s first vaccine against the disease Zika. Since a year ago, the company has been working on this project and has informed both the World Health Organization (WHO) and the Union Government about the status of this project.

Scientists from Bharat Biotech have developed the world’s first two promising candidates for Zikavac vaccines to treat Zika: ‘Recombinant’ and ‘Inactivated.’ ‘Recombinant’ means it is created by genetic engineering. At the same time, another one is ‘Inactivated.’

The ‘inactivated’ vaccine has been reached on the stage of pre-clinical testing to test it over animals. The trials over animals may take two to five months, while human trials will take another four to five months.

Krishna Ella, managing director of Bharat Biotech, said, “The pre-clinical trials for the vaccine will start within a two-week. Global patents for both ‘inactivated’ and ‘recombinant’ have been filed by the company.”

The company is ready to partner with Latin American Countries like Brazil for vaccine development. Some of the companies have already shown their interest in it for human trials.

Ella has noticed that Zika is present in more than 23 countries now. The top country on the list is Brazil and has reported 3,530 cases of microcephaly in 2015.

Zika is a part of Flaviviradae virus family, and flavivirus genus primarily spread through ticks and mosquito bites. It is generally spread by Aedes genus mosquitos, mostly during day time. It is just related to dengue, chikungunya, and yellow fever.

Sumathy, director of research and development of Bharat Biotech and head of vaccine development, said, “We have started the work on this project along with the development of the vaccine for Chikungunya, but the work was progressing at a slow pace.”

“With the virus spreading fast to Latin America and the WHO declaring it public health emergency, they will now speed up our project too,” she added.

A new system that restrains populations of mosquitoes

Our immune system can fight against multiple viruses, study